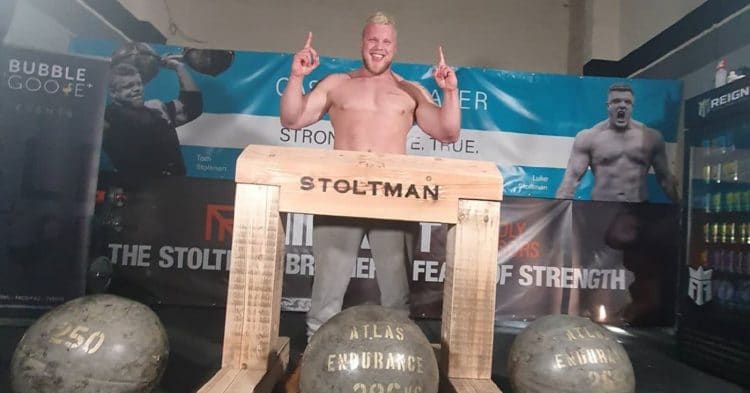 This weekend, Tom Stoltman will be attempting to break the world record for the heaviest Atlas Stone Lift of all time. This is a complete guide to be able to watch all the action, live, online, and for free.

As the younger of the Stoltman Brothers Tom has started to really take the mantle from his sibling Luke, as the best strongman in Scotland. While Luke held the title of Scotland’s Strongest Man from 2013-2017, Tom took that title over, and is still defending it to this day. Now he is looking to follow after his brother in another way.

Just a week after Luke attempted and failed the world record for the heaviest log lift of all time, Tom Stoltman is attempting his own record. As part of the World’s Ultimate Strongman Feats of Strength series, he will be going for the heaviest Atlas Stone Lift of all time. The event will be going down this Saturday, May 23rd, starting at 12pm EST/6pm CET. It will be live-streamed for free, with the filming

This will an attempt for Tom to extend the record that he already set, at this year’s Arnold Strongman Classic. In order to successfully surpass it, he will be looking to lift a sturdy 286kg/630.5 stone, over a 4-feet tall bar. If successful, this will push his record 13kg from the 273kg lift he did in March.

Tom is hoping to succeed where his brother failed, in setting a world record. Unfortunately Luke was not successful, but this does not seem to have hampered Tom’s motivation to succeed. He has been working hard, and it will be exciting to see if he can pull of this seemingly impossible performance.

Good luck to Tom Stoltman, in his attempt at extending his world record.

9 Weeks to a Bigger Deadlift Program