Hottest, Fittest Women of the CrossFit 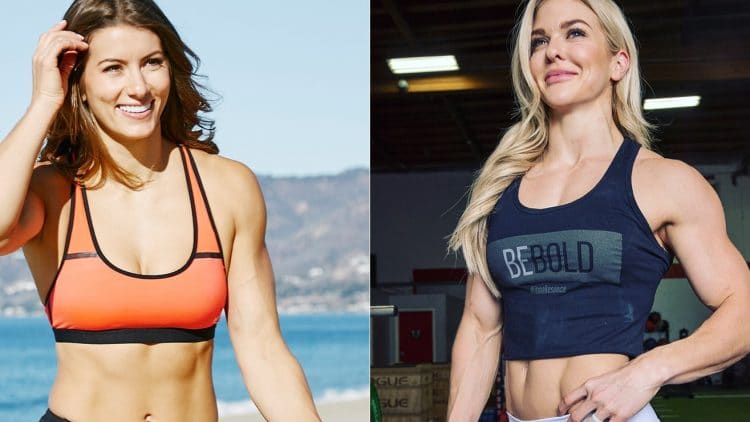 When I got suggested to write this article I found myself in a bit of a conflict of interest situation. On one hand, writing about hot fit chicks is the easiest money I will earn this month. On the other hand, it’s about CrossFit.

However, after not that much time considering the next course of action, I decided to let my fondness towards fit chicks be stronger than my views towards CrossFit.

Starting things off with a CF veteran, Julie has never finished outside the top 5 and her top placement came 2012 when she got the second place. These days you can find her working on CrossFit level 1 certification seminar in Cleavlend. When she’s not doing CrossFit stuff she’s doing Doctor stuff(probably treating people doing kipping pull-ups) in a family medicine office in her hometown.

Time for some Viking power. Sara is one of the three famous Icelandic, hot, blonde and fit CrossFit girls. To the people within the CrossFit community, she is best known for her third-place finish in 2015. and 2016. edition of the CrossFit Games. To me, she will always be known for her utterly horrible deadlift form from the 2016 Crossfit Games.

Katie has been doing CrossFit for a looong time. Back in 2012. she was a level 1 CrossFit trainer, and by 2018 she’s upgraded all the way to level 3 trainer. She’s married to powerlifter Jesse Burdick since 2016 and does occasional blogging for a CrossFit page.

Zummer is a CrossFit newcomer from Puerto Ric and her time is yet to come. She is 24 years and is currently looking for people who will support her gofundme in her goal to go to the Weightlifting American Open 2018 in December. So if you want to see more of her, go and give Zummer some of your cash and help a girl out.

CrossFit reporter and competitor, Fitness competitor, clothing line owner and fitness app creator, all this before the age of 30. Her best placing so far is 15th place overall in 2015 and when she’s not busy with clothing lines and other shenanigans she trains avid CrossFitters in CrossFit West in Santa Cruz, California.

Miss Winderstorm is a fitness coach and a tv personality. You may have seen her in the Biggest Loser and the American Gladiator remake. She competed in CrossFit games regularly from 2013. all the way up to 2017.

Fun fact: Lauren originally started doing CF to improve her overall fitness for basketball. She started doing CrossFit when she was a skinny 19-year-old who has turned into a ripped 25-year-old. She’ been regularly competing in CrossFit games since 2012.

Marine is a fresh face from France, she’s very new in this whole CrossFit thing. She’s been competing for about two years and she’s quickly gaining traction on social media. Follow her now before she blows up as a superstar.

Jessica is an Australian sports enthusiast, veteran gymnast, and a CrossFit freak. She’s an all-around girl who likes dogs and can out-squat most of the guys at your local gym. She competes in CrossFit Games and trains other athletes at CrossFit Northwest and RAW Strenght and Conditioning.

10 Best Weighted Vests To Up Your Training Intensity (Reviewed 2022)

Phil Heath Takes You To The Gun Show With Massive Biceps