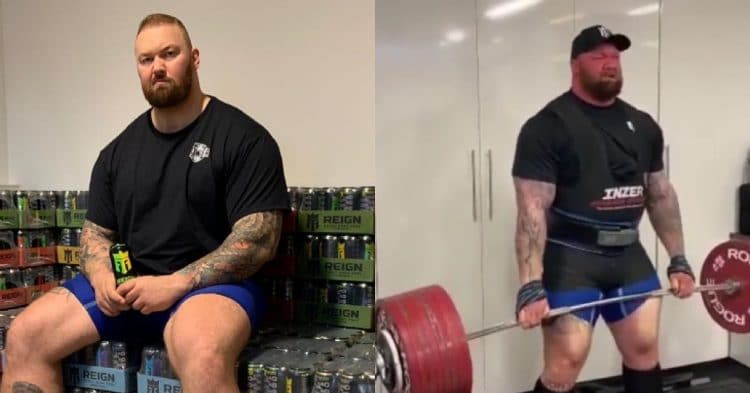 Thor Bjornsson is chasing some pretty lofty goals, in terms of his deadlift. In order to reach those goals, he has been working through some solid lifts in the gym.

Bjornsson has made it clear that he has one big goal in mind for this year: to hit a 501kg deadlift. This is not a small task, but he has been working hard to get ready to reach it. Even with things in the world becoming more complicated, he has not been deterred and is still gunning for what would be a massive accomplishment.

These efforts were noted again recently, as Thor Bjornsson had an epic session in the gym. According to a video posted to Instagram, he is making the next stop towards this 501kg deadlift. He did this by scoring a gigantic 440kg triple, doing so with relative ease.

The relief on Thor’s face is quite evident when he hits this epic triple. It would be a bit of an exaggeration to say that he did the lift with the smoothness of a warm-up set. However, he still managed to do so in a way that showed this was clearly not the heaviest he can deadlift.

This is a marked improvement from the 400kg triple Bjornsson hit a few weeks ago. As you may recall, he hit that one with no issue, as well. If you missed out on that set, take a look below:

As of now, Thor Bjornsson is planning to make his attempt at the 501kg deadlift at the World’s Ultimate Strongman event, on May 2nd. If he is able to do so, this will be a world record-shattering affair. Although it is worth noting that, with the current global health crisis affecting most sport events, the chances that this contest will go on seems uncertain.