Kevin Oak Looks Back On His 2019 Lifts 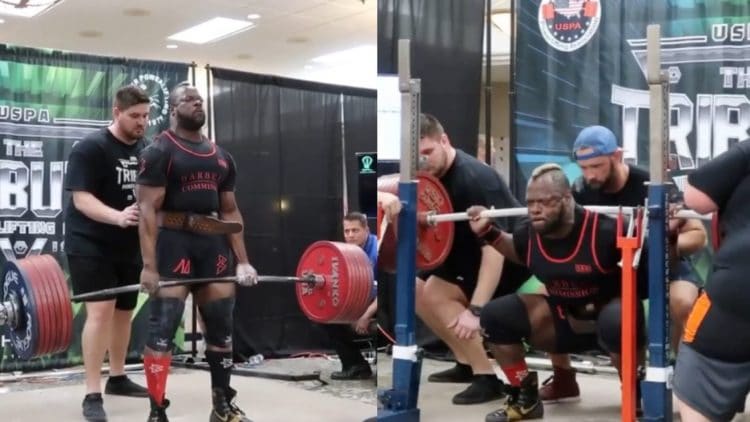 Kevin Oak had a massive year in 2019. Now he is starting the new year off right, by reflecting on his big performances.

Oak is one of the world’s best powerlifters, but he was not always that way. He started off as a collegiate sprinter, before finding a love for the weight room. Since then, he has grown into a formidable force on the weights, setting multiple world records.

In fact, 2019 was the best year yet, for Oak and his powerlifting career. Although he only completed one time, he managed to set two records in the process. His performance at The Tribute meet in August saw him set a new record in the 242lb division, for both his squat, and total lift. It was an unbelievable sight to see.

Following a successful year, Kevin Oak decided to reflect on the things he accomplished. He posted, to his Instagram, a montage of some of his best performances. Subsequently, it became easy to remember how incredible he looked over the last twelve months.

“A look back at my favorite lifts from this year,” Oak said in his post. “An 838 pound squat and an 821 pound deadlift to break the 242 raw no knee wraps squat & total world records. A beltless 800 pound squat, probably the scariest lift I’ve ever attempted. And an 800×3 sumo deadlift set because I suck at sumo and started off so immobile in this sport but have trained hard and worked on my mobility to the point that I’ve still gotten this strong at it. Plenty of ups and downs but a great year of powerlifting regardless. I’m looking forward to 2020.”

This was certainly a big year for Kevin Oak. Although his competition schedule may not have been what he hoped, his growth is evident throughout the year. Hopefully, 2020 will see him be a little more active, and he can set more records.

How to Sculpt an Adonis Belt