The Mid-Atlantic CrossFit Challenge Semifinals saw Tia-Clair Toomey, as well as nine other athletes punch their tickets to the Games Finals later this year 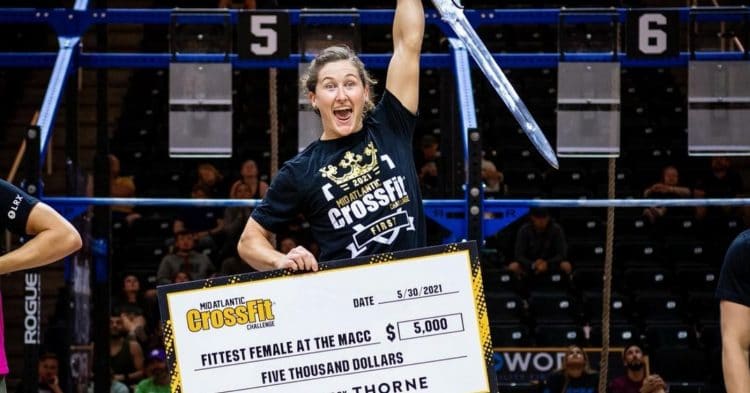 The 2021 CrossFit Games Semifinals are underway, and athletes are punching their tickets to the Finals left and right. One of the biggest stars in the sport, Tia-Clair Toomey has her place secured, with a massive win at the Mid-Atlantic CrossFit Challenge over the weekend.

Toomey was not originally slated to compete at the Mid-Atlantic CrossFit Challenge this year, with the regional divisions in the competition meaning that she would compete in the Torian Pro. However with travel restrictions and quarantine times being what they are, she initially requested to compete virtually, in the proposed catchall event.

In the end, not enough people were affected in this way, so in lieu of having the catchall, CrossFit HQ decided to have her compete at the Mid-Atlantic CrossFit Showdown. This event took place in person, in Knoxville, Tennessee, in the US where Tia currently resides.

Related: 2021 CrossFit Games Semifinals: How To Stream The Event And Watch Online

So over the weekend, Tia-Clair Toomey competed in one half of the first block of Semifinals, which are slated to continue through June 20th. At this contest, the top five men and top five women would be granted access to the 2021 CrossFit Games Finals, set for July 27th-August 1st.

As was to be expected from the four-time Fittest Woman on Earth, she absolutely crushed her side of the competition, winning first place. This left her with a $5,000 prize and a ticket to compete in Madison, Wisconsin later this year.

Aside from the impressive showing from Tia-Clair Toomey at the Mid-Atlantic CrossFit Challenge, the Torian Pro went down the same weekend, in Queensland, Australia. This contest would see the top three men, top three women, and top three teams moving on to the Finals.

While Tia did not compete here, this event was still a wild success. Most notably, fan favorite and 2017 Games runner-up Kara Saunders was able to walk away from this contest victorious on the women’s side.

Congratulations are in order for Tia-Clair Toomey and all of these athletes, for being able to qualify for the 2021 CrossFit Games Finals. The Semifinals continue on this weekend, with the Granite Games and Fittest in Capetown competitions, where we will see more athletes earn their spot in the Finals.