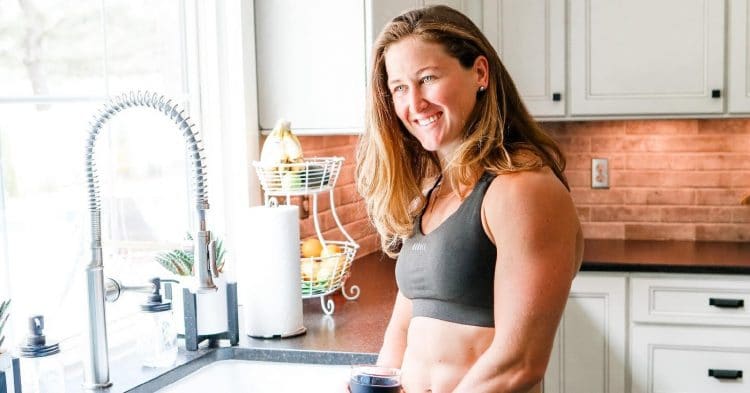 You would think that someone who is the most successful female CrossFit Games athlete ever, would naturally know the best practices in training. However, as Tia-Clair Toomey explained recently, she nearly messed herself up for life, before she even got a foothold in the sport.

If you have followed Toomey’s career so far, you would know that it is her competitive nature and drive that is her most defining attribute. Obviously she is extremely physically gifted, and works super hard, but it is her determination on the field that has led her to success. As a result, she has been able to be the first woman to win the CrossFit Games three times in a row, as well as a stint as a successful Olympic weightlifter.

Despite all of this success, and clear natural talent, Tia-Clair Toomey nearly cut her career short. Speaking in a recent video to her YouTube, she decided to open up about the biggest mistake she felt she had made, early in her CrossFit career. This problem stemmed directly from her pride and ego getting in the way of taking care of her body.

You see, Toomey did not always take to weightlifting naturally, taking a while to learn the various movements and lifts involved. However she explained that she was passionate about what she was doing. Therefore when she started learning, she began to emerse herself in the process, always being excited to train and learn more.

“I became so passionate about learning and trying to get better. I had the ambition of going to the Olympics for (weightlifting). This all happened within a month of meeting my coach, having the belief that I could potentially qualify for the Olympics, and represent my country at the world stage. As a little girl, I always dreamt of going to the Olympics, so you can only imagine the determination and the drive that I had, fired up inside me, that I wasn’t going to let anything stand in my way.”

Unfortunately this hard headed mentally would almost be the undoing of Tia-Clair Toomey. She would go on to explain that she had been overworking herself, obsessed with making progress. Then one day, she was working her back squats, when she felt some sort of stabbing pain in her lower back.

“I was in the middle of this back squat, and I felt a pop in the lower right-hand part of my back. I stood out of it, and Immediately when I took the weight off my back…I couldn’t explain how sharp the pain was. It was like a dagger had been driven into my lower back, in the right-hand side.”

Despite being in excruciating pain, Tia-Clair chose to stay quiet about the injury. She would complete the day’s session, before taking the next day off from training, as she woke up in even worse pain. This rest day seemed to help, as she said the pain was much less severe the following day, so she got back to training.

Eventually the injury would return, and become too much to bear. Tia-Clair Toomey would finally tell her coach, although she left out how long it had been hurting. Finally they would go see a physician who would reveal that the issues she was feeling were far more severe than she thought, and could have been solved much easier, had she owned up to being hurt sooner.

“The (doctor) that we went and seen told me that I had a stress fracture in my lower back. He said ‘how long have you been having these pains?’ and I told him, and he’s like ‘had you come and seen me that week if the back squat, this could have all been prevented by having a week off training, and you would’ve probably recovered much faster. It wouldn’t have been a stress fracture. Who knows where you would have been right now, but I can guarantee you wouldn’t be here, with this much pain and this severe of an injury.'”

In the aftermath of the injury, Tia-Clair Toomey had to spend about six months on the shelf, and longer recovering the rest of the way. She felt like she had let everyone down, by lying to herself and the people who cared about her. Moreover she realized that she let her ego get the best of her.

“As time went on, and throughout those six months I could gradually get a little bit further, but walking was all I could do. As I did that, and as those days and those months went by, all I was thinking was that I literally had given (more than a year) up on just purely being too stubborn to tell someone that I had hurt myself in the bottom of a back squat. That was one of the biggest mistakes I think I made at that time, because I put my health in jeopardy, and I didn’t do what my body deserved.”

It is somewhat a relief that someone as incredible as Tia-Clair Toomey can have these types of relatable moments with her fans. To see her reach out with her own experiences, in order to help the next person avoid them, is a a great thing to see. Moreover it is good that she was able to overcome this injury and go on to have a successful athletic career.

William Bonac Looks Ready To Bring ‘The New Me’ To The 2020 Mr. Olympia