William Bonac Looks Ready To Bring ‘The New Me’ To The 2020 Mr. Olympia 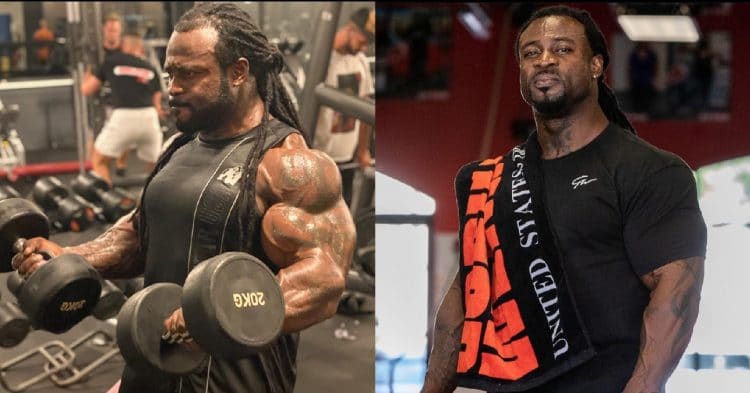 This year’s Olympia promises to bring together some huge names in the sport. However William Bonac plans on delivering a package that will make you forget about those other people, only focusing on him.

Winner of the Arnold Classic, Bonac has always been the type of person who will either be unstoppable on stage, or underwhelming. He is always a threat to win, no matter what the contest is, but there are times where he just can not seem to put everything together. Nevertheless, he has really turned the corner in recent years, especially when he got second place at last year’s Olympia, falling short to Brandon Curry.

With that in mind, William Bonac plans to bring things to a whole new level for this year’s Olympia. Taking to Instagram, he showed off a picture from one of his workouts, where he was doing some curls. This session showed clearly how ripped his arms are, and how hard he has been working. Furthermore he promises that this is just the beginning, and that the athlete who takes the stage at the 2020 Olympia will be a completely different beast than in previous years.

It seems that William Bonac is certainly focused on the task at hand, coming up this December. He has to be, considering that this year’s contest will not only see Brandon Curry look to retain his title, but it will feature the return of Phil Heath, the apparent retirement of Dexter Jackson, and many more. With this type of stacked lineup, William will have to be completely focused on improving and bringing something new to the stage.

It is no surprise that Bonac’s arms are looking the way the are, considering how much work he has been doing in that area. He has obviously been training everything, but his arms and back are always getting special attention. Here he is doing a training session just a few weeks earlier, and it proves how much work he is putting in during this prep.

There is still a while to go before the 2020 Mr. Olympia goes down in Las Vegas. William Bonac is promising a new and improved package for this event, and it seems like he is devoting his energy to making that happen. There is a possibility that he will not be able to make it though, depending on what travel restrictions are in place at the time. If he is able to compete, it is going to be interesting to see what changes he makes, and if they will be enough to beat the steep competition he will be facing.