Bodybuilder And Cop Tiffany-Victoria Enriquez Shot In Line Of Duty 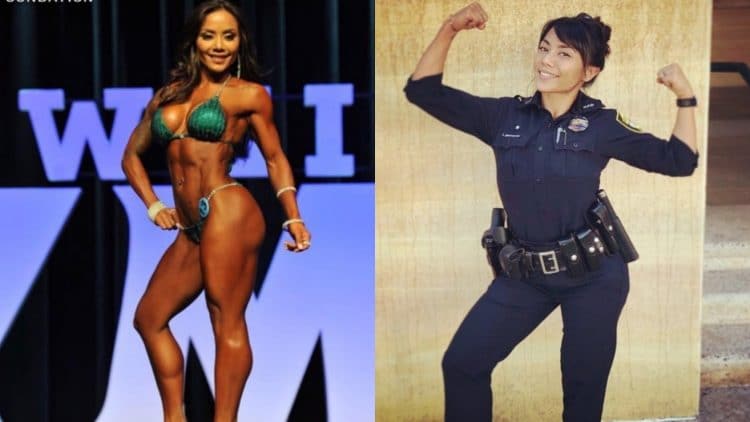 Some heartbreaking news has rocked the bodybuilding community on this Monday. NPC Bikini competitor and police officer Tiffany-Victoria Enriquez was shot and killed during her shift.

Enriquez was a young, up and coming bikini athlete, out of Honolulu, Hawaii. However, this was actually a second job for the mother of three. She also served as a police officer, where she helped her community, protecting and serving.

It was here, that Enriquez tragically lost her life, in the line of duty. According to Instagram posts from both Shawn Ray and J.M. Manion, she was shot while responding to a call about an angry tenet at an apartment complex. The suspect apparently stabbed his landlord in the leg. Subsequently, when police arrived he began to open fire, killing Enriquez as well as another officer, Kaulike Kalama, before setting the building on fire.

This is tragic news, both for the fitness community, as well as for the citizens of Honolulu. These were the posts that Ray and Manion made about Tiffany-Victoria Enriquez.

“Prayers for all the victims of this senseless act of violence and aggression toward the Hawaii Police Officers and innocent citizens in Diamond-head, HI.
We lost one of our own in the Fitness Community, Officer, Mom & Bikini Athlete, Tiffany Victoria.
We send our Condolences to the families and friends who lost loved ones and property in the fires as well🙏🏽❤️🙏🏽
SRHC”

“@d_amelio_manion & I received some tragic news from our #NPCFamily in #Hawaii that NPC Bikini competitor Tiffany-Victoria Enriquez was killed in the line of duty this morning. Tiffany was a Honolulu Police Department Officer. We are heartbroken, stunned & can not comprehend the tragic & senseless circumstances that this happened.

As you can see we worked with her but we kept in touch because she has a daughter that is a wrestler. Matter of fact she has 3 daughters & a grandson. Please keep them & the rest of her family in your thoughts & prayers.
Rest In Peace Tiffany @_tiffanyvictoria_ 🙏💔#bluelivesmatter”

FitnessVolt would like to offer their sincerest condolences to the friends and family of both Tiffany-Victoria Enriquez, as well as Kaulike Kalama. This was a senseless act of violence, that should never have taken place.

Chris Lewis: I Got Kicked Out Of Gold’s Gym Venice ‘Because Shawn Rhoden Won The Olympia’