Chris Lewis: I Got Kicked Out Of Gold’s Gym Venice ‘Because Shawn Rhoden Won The Olympia’ 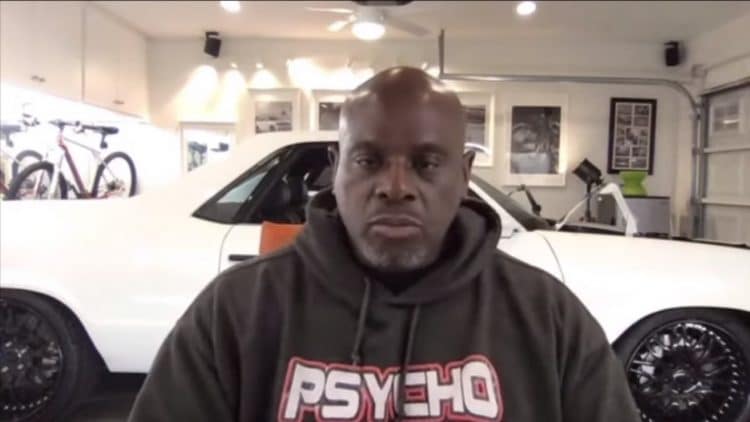 Chris “PsychoFitness” Lewis is considered to be one of the best bodybuilding trainers in the world at one point. Now he finally explains why he was kicked out of Gold’s Gym Venice, despite his elite status.

Lewis garnered a reputation for being one of the best trainers in the game, due to his work with Shawn Rhoden in particular. When he started working with Flexatron, he was able to propel him to fifth place at the 2017, after a short amount of time. Subsequently, it was his brain power that was behind Rhoden’s 2018 Olympia win, taking out longtime champ Phil Heath.

However, despite the fact that Chris Lewis was highly respected for his work as a trainer, he ran into an incident shortly after Rhoden won the Olympia. He was quite literally kicked out of the Gold’s Gym in Venice, for reasons that were unclear. Nevertheless, after taking some time away from social media, he decided to open up and tell his side of the story in a two part interview with Desktop Bodybuilding.

This was how the story went:

Apparently the big problem that Lewis ran into, was with Charles Glass, another top trainer. The two started working together, with Chris helping with some training of Charles’s clients, and in return Charles helped Chris prepare for shows. Eventually Chris began doing his own with with people, like Dexter Jackson. Then, when Chris came back to Gold’s Gym Venice, the two began having issues.

“I had been on my own for a number of years, kind of developed my own style, my own things,” Lewis explained. “Of course I took things from Flex Wheeler, from Charles Glass, from Chris Cormier.

They had all taught me things, and I kind of came up with own formula of what I thought worked, and that kind of didn’t sit with Charles.

After that, Lewis revealed that it was his work with Shawn Rhoden which ultimately led to him being kicked out of the gym.

“The reason I got put out of Gold’s is because Shawn won the Olympia,” Lewis said.

Apparently Charles Glass felt that Chris Lewis was taking his clients, despite the fact that he had turned down some people in the past. Glass heard that people were asking for Chris to train them, and approached him. Even though Chris tried to explain that was not the case, Glass was aggressive.

“Before he walked away he said ‘Nobody can take my clients, I’m Charles Glass,'” says Lewis. “That right there, if you tell me I can’t do something, that was the push I needed. That’s when I made the call and said ‘Okay guys I’m ready.'”

Ultimately this is what changed things for Chris Lewis.

Lewis began working with Shawn Rhoden, leading him to victory. After a win at the 2018 Mr. Olympia, the divide between he and Charles Glass began to spread. As a result, he was forced to leave the gym.

Chris Lewis admits that it was largely his ego that led to his departure from Gold’s Gym Venice. Nevertheless, he felt like it was worth it, but he has finally accepted his part in what happened.

10 Best Upper Back Exercises For Maximum Mass and Strength Gains