Train Your Erector Spinae For A Road Map Back

Train the Erector Spinae for a Road Map Back 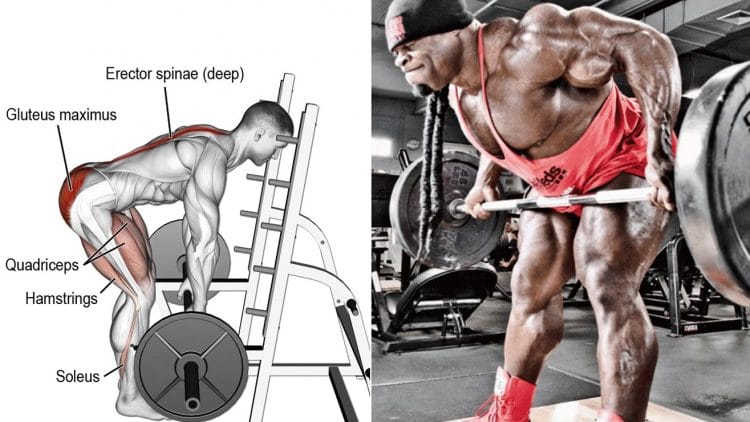 The Erector Spinae muscles are crucial for upper body strength and aesthetics but their most important function is to keep the spine erect, bend it and even twist it… (1, 2)

Now, it’s important to prioritize these muscles during training because if they’re weak, your lifts will suffer and your progress will lack significantly. So, you want to train them to the max but just any old exercises won’t do.

You need exercises which are designed to target the Erector Spinae specifically, for maximum size and strength gains… plus you want to minimize Erector Spinae pain during the movements which mean the proper technique is non-negotiable…

You have to know how a muscle functions before you can train it like a beast and reap the benefits. So, here’s a little breakdown of the Erector Spinae muscles and its functions.

To make things simple, the Erector Spinae is a group of muscles which connects from the hips (Sacrum and Iliac Crest) area all the way up to the base of the skull. The ES muscles also line both sides of the spine and perform multiple functions like lateral flexion and extension.

The three main muscles of the Erector Spinae include (3, 4, 5)

Now, these muscles can be subdivided based on the different insertions but we won’t get too technical (It can get very technical) since we just want to know how these muscles contribute to or gains!

But… here are the insertions of the Erector Spinae muscles broken down for your knowledge.

The three muscles and their insertions all work together but to a different extent, to perform the functions necessary to complete certain exercises like back extensions and Romanian deadlifts.

So it’s important to train with a variety of exercises to engage all the muscles of the Erector Spinae through different angles and resistance loads.

Now that you know a little anatomy of the Erector Spinae muscles, you’re probably wondering which exercises are best for developing massive back muscles….

We don’t know about you but rack pulls were one of the first exercises which came to mind when we thought of movements for maximizing Erector Spinae development. The rack pull literally engages the entire back and leaves out no Erector Spinae muscles during the exercise.

So, this exercise is a must and since it’s a power movement, and you can train heavy which is necessary for building maximum muscle size and strength. You want to keep your core tight since you’re using a lot of back to lift the weight during a rack pull.

How to do a rack pull

This is an exercise which purely targets the Erector Spinae muscles and it’s not hard to see why. You’re basically using your erector muscles to perform the movement, and it’s really a good all-around posterior chain developer. Now, back safety may be an issue here as it’s in a vulnerable position but it’s important to keep the knees bent and butt out for maximum spinal protection.

How to do a good morning

Now, the seated good morning variation is a little different than its standing counterpart in that you’re using a bench to support your lower body while you perform the good morning. This variation solely works the spinal erectors since your torso is forced into a position of having to resist loads placed on the back.

How to do the seated good morning

Ok, so as the name suggests, you’re working your glutes with the glute ham raise (And it’s a darn good glute exercise) but your Erector Spinae muscles are heavily engaged which makes this is a very effective muscle and strength builder.

The glute-ham raise targets more of the lower spinal erectors of the back since the emphasis is more on the back’s extension with little resistance at the top of the torso. You’ll use your glutes and hamstrings to power yourself through this exercise but the spinal erectors are a big help.

How to do the glute-ham raise:

A very popular exercise lately, the Romanian deadlift seems to be the next biggest thing for posterior chain development. Now, it’s obviously a variation of the standard deadlift but many people prefer it because it’s not as taxing on the body.

The difference is you’re not lowering the barbell as low during the negative portion of a rep but rather you’re stopping just short (Middle of the lower leg) to keep the momentum going.

How to do the Romanian Deadlift

The back extension is an excellent bodyweight back exercise which has been around forever. Strengthening your lower back is very important for safely training with heavier weights by supporting your torso and posture.

Now, the back extension works more of the lower spinal erectors since the movement is mostly just an extension which places resistance load in the center of the back. But, it’s a great isolation exercise and addition to any exercise routine. During this exercise remember to not hyperextend your back as it can be very tempting to do so.

How to do the back extension

Quite possibly the king of lower body and back exercises, the deadlift is a true mass and strength builder. Now, rather than just working the Erector Spinae, the conventional deadlift works pretty much the entire surface area of the back including traps, rhomboids, and lats.

But, that also means it has the potential for causing injury which is why there’s some preparation necessary before going full force on this exercise.

How to do the conventional deadlift

In an Ace-sponsored study, the barbell bent over row showed to work the Erector Spinae better than any pull-up, or pulldown-type exercise and it deserves a spot here for recommended exercises as a result. (6)

Now, the results were significant enough to mention and therefore you should expect to stimulate the erector muscles very effectively with the bent over row. So, start light and practice proper form before training with progressively heavier resistance.

How to do the bent over row

Building an impressive set of Erector Spinae muscles don’t have to be complicated. In fact, all you need is a few effective exercises and proper technique, and then you’ve got everything you need.

Now, having a strong back is essential for your big lifts like deadlifts, pull-ups, and squats but if you just want to look massive and powerful; a big, strong back is good for that too.

So, take this information we’ve provided and apply it to your back training so you too can experience big gains in your upper posterior chain. Don’t neglect the Erector Spinae group of muscles as many people do, and then regret it later due to a lack of development…

Eddie Hall Showing Off His Super Jacked Abs After Transformation

While Men’s Open division bodybuilder Hunter Labrada is in off-season right now, he is training hard to prepare for the...

Bodybuilding legend Jay Cutler is one of the most prolific Men's Open competitors to reach the top of the sport....

IFBB Pro bodybuilder and 2021 Arnold Classic winner Nick Walker recently shared his back workout. Walker is currently in the...

2021 Arnold Classic winner Nick Walker recently shared an effective back workout. Walker is one of the most promising competitors...