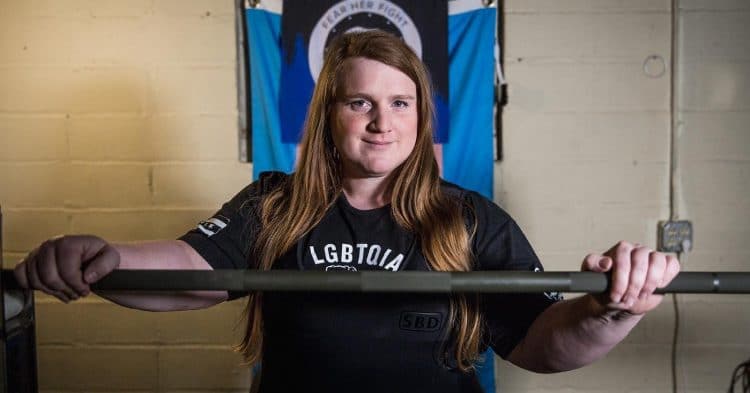 Powerlifter JayCee Cooper is one of the athletes to be affected by the USA Powerlifting ban of transgender competition. Now she is firing back by taking the USAPL to court.

When the USAPL passed the regulation to ban transgender athletes from competing, Cooper was just one of many to be affected. Yet they maintained that this was the right move for the sport.

The only problem with this sentiment, is the fact that other lifting organizations have found ways to regulate contests for this group of people, by monitoring testosterone levels in athletes. However the USAPL does not feel this to be adequate in leveling the playing field.

“‘Men naturally have a larger bone structure, higher bone density, stronger connective tissue and higher muscle density than women,” their transgender policy says. “These traits, even with reduced levels of testosterone do not go away. While MTF [male-to-female] may be weaker and less muscle than they once were, the biological benefits given them at birth still remain over than of a female.”

This is a policy that most transgender athletes are unhappy with, to say the least. JayCee Cooper has decided to take matters into her own hands by taking USA Powerlifting to court.

According to a news conference, Cooper has revealed that she is suing USAPL in Minnesota, with the help of advocacy group Gender Justice. They are claiming that the organization is in violation of the Minnesota Human Rights Act, due to their ban on transgender athletes.

“It came as a surprise to me that when I applied to compete at my first competition, I was told that I couldn’t compete specifically because I’m a trans woman,” she said.

“I was gutted. I had been training for months and up until that point had experienced so much love and community around the sport.”

We’re announcing our lawsuit against USA Powerlifting with co-counsel @NicholsKaster for discriminating against trans athletes and banning trans athletes from competing in the category that aligns with their gender identity. Join us live with our client JayCee Cooper.

Gender Justice is a legal advocacy organization that has been working on this issue since the inital ban. They have been involved in trans rights for years, having been an essential advocate for the cause.

“If an organization wants to hold competitions in Minnesota, then they have to play by Minnesota rules,” Gender Justice legal director Jess Braverman said. “USA Powerlifting’s ban on trans athletes is based of harmful stereotypes and it’s also based on a deeply flawed understanding on what it means to be transgender.”

The suit calls into question the reasoning behind USAPL’s strict refusal to let trans athletes compete. It cites the likes of the International Olympics Committee having testosterone limits, the likes of which JayCee has been in line with for two years.

“USAPL discriminated against JayCee Cooper, and continues to do so, because she is a transgender woman.”

This is obviously a tricky subject, and it is easy to understand the points made by both JayCee Cooper and USAPL. Hopefully both parties can find some sort of middle ground where everyone is satisfied with the resolution.