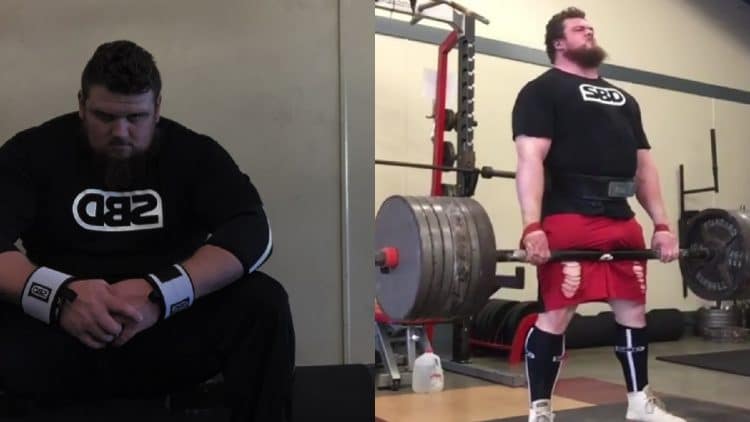 Trey Mitchell may not be the most accomplished strongman competitor out there, but he is still impossibly strong. This was shown again recently, when he decided to do a giant deadlift using an axel bar.

2020 will be just the third year that Mitchell has competed as a professional strongman. Despite his lack of experience, he has been making some big waves in the sport, earning some impressive wins along the way. Most notably, he finished in a solid eighth place in his debut at the World’s Strongest Man.

At the WSM, Mitchell showed an unreal amount of endurance throughout the competition. In particular, this is what made him stand out among the rest as someone to keep an eye on. To see someone look so good under the bright lights, at such a young age, made people realize they could very well be looking at the future of strongman.

Trey Mitchell will be looking to continue proving his worth, when he competes at the 2020 WSM, which goes down in May. Ahead of the event, he has been working hard to get stronger all the way around. However, one Instagram post in particular stood out, showing just how powerful he is becoming. The video shows Trey crushing a massive deadlift triple of 830lb. What’s more, is that it was not a traditional deadlift, instead opting to do it using an axel bar.

Check out this ridiculous lift:

“830 x 3reps on axle deadlift today, a lot easier than last time I hit this weight”

There are a lot of awesome things about this lift from Mitchell. First off, the fact that it was heavy enough to knock over his camera is just a testament to how hefty this was. Then, to do so using an axel bar, which is wider and therefore harder to grip, is truly wild. He has been doing a lot of work with the axel bar lately, and it really seems to be paying dividends here.

Trey Mitchell is certainly one to watch over the next few years. He is constantly, and rapidly improving, and if this video is any indication, he will be a force to be reckoned with at the WSM.