Dwayne Johnson Is Proud That His Daughter Followed His Footsteps 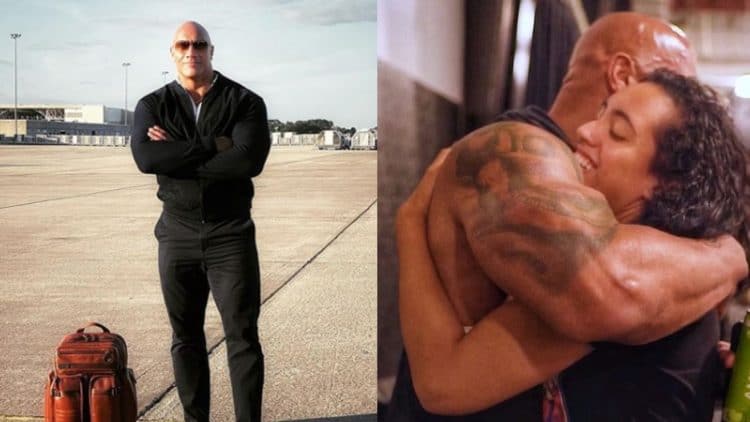 It is safe to say that Dwayne Johnson posses some seriously athletic genes in his bloodline. This was passed on to his daughter, who has signed to be apart of the WWE.

Johnson is one of the most famous professional wrestlers to ever compete. His moniker of the Rock is synonymous with his massive frame, and entertaining showmanship. Although he has since transitioned to roles in massive Hollywood films and other endeavors, there are still a large portion of fans who know him for his wrestling persona.

With this in mind, it comes as no surprise that he would be proud of his daughter, Simone Johnson. Simone is Dwayne’s oldest child, and she has just signed a deal with the WWE, the same company her father wrestled for. He celebrated this amazing achievement with a heartwarming post to his Instagram, congratulating her on this big step in her life.

“Dreams ain’t just for dreamers.
Congrats to my #1 born, Simone Johnson on officially signing her wrestling contract with @wwe@wwenxt and on her way to becoming the first ever 4th generation WWE athlete.
Carry our family name proudly, but your road will always be yours to create, earn & own.
So proud. Live your dream. Let’s work.
#humblehungry
#hardestworkersintheroom
#4thgeneration“

As Dwayne explains in the post, Simone Johnson is a part of WWE NXT, which makes her the first person whose father, grandfather, and great grandfather have wrestled for the WWE. Her grandfather, who recently passed away, was a pioneer in the sport, as was his father before him. Of course Dwayne Johnson’s resume in wrestling speaks for itself.

Congratulations to Dwayne and Simone Johnson on this massive achievement. If professional wrestling is your thing, this is surely a massively exciting thing to see happen. Time will tell how she performs, but if her genetics are any indication, she should be just fine.