Good Vito, a.k.a. Vitaliy Ugolnikov responds to the critics who say he photoshops his photos, by posting a physique update video to silence doubters 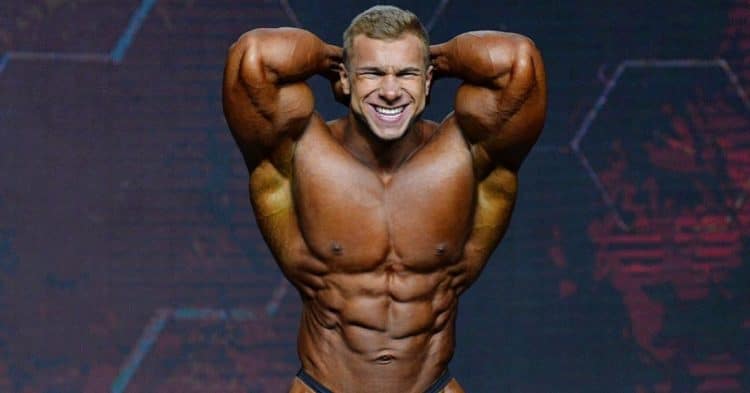 When it comes to someone as physically imposing as Vitaliy Ugolnikov, it makes sense that there would be haters out there, accusing him of faking his pictures. He decided to respond to those critics in the only way he knew how.

Without a doubt, Vito is one of the most impressive upstarts that bodybuilding has seen in a long time. He has burst on the scene over the last couple of years, going viral for his incredible physique, despite being so young.

Naturally, along with the hype and success comes the haters. In this instance, some have been accusing Ugolnikov of using photoshop on some of his pictures that he has posted to his Instagram.

Truth be told, it is hard to deny their proof, too. One particular account on Instagram has shared some side-by-side pictures of the bodybuilder, which show the photos he posted versus the original picture, and the editing is certainly evident.

It is clear that there have been some filters and editing put on the pictures. This is leading to some backlash against Vitaliy Ugolnikov, with people accusing him of using this to help make himself look better on social media.

This has prompted a response from Vito, as well as one of his sponsors. Taking to their Instagram, Vayu Red shared a clearly unedited video of Ugolnikov’s physique, as he does a little light posing.

There is no direct response to these claims, but many have been feeling like this post was to silence the critics who say his physique is fake, by showing how incredible jacked he obviously is.

To be fair, this physique update from Good Vito shows how impressive his size and frame is, which is why people are so interested in seeing him develop. On the other hand, it does not do anything to truly clear up the questions and concerns over the edited images.

Without a doubt, Vitaliy has one of the best physiques we have seen out of a bodybuilder his age in a long time, and it is evident that the future is bright for him. If this is the case, then there is still a question as to why he chose to edit some pictures.

Of course, Vitaliy Ugolnikov is not the first nor the last bodybuilder to use filters to make their pictures look more impressive. Conversely, it is still not a great look to have these blatantly edited photos on his Instagram.

What do you make of this situation? Is he editing his pictures, and if so, why?