Vitaliy Ugolnikov Unveils Jacked Physique, Plans To Bulk Up: ‘2021 Is My Year’ 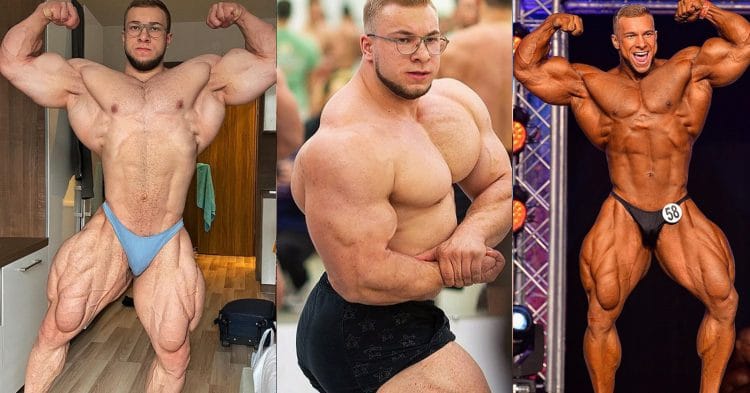 One of the most watched bodybuilding prospects heading into 2021, is definitely Vitaily Ugolnikov. He knows that all eyes are on him too, and plans on making the most out of the year ahead of him.

GoodVito, as they call him, is one of the most promising amateur bodybuilders in the world today. The Russian is just 23 years old, but has already been making a statement with his insane physique.

The size of the legs on Ugolnikov are not to be trifled with, and they are perfectly accentuated by his small waist. This was brought to bare in a big way at the St. Petersburg Championships last year, where he won the amateur show.

With 2021 underway, Vitaliy Ugolnikov is looking to continue the momentum that he built up over the last year. Taking to his Instagram, the Russian athlete made it clear that he feels this is going to be a big year for him.

Not only that, but Vito also made it clear that he has some big plans for his offseason. He hopes to bulk up to about a lean 140kg (308lb), before getting back to competition prep in the spring.

“I was born in the year of the bull 🐂. 2021 is my year, promises to be rich and interesting,” Ugolnikov wrote (translated via Google).

“2020 is by far the most productive year of my entire life – it made me spin like a squirrel in a wheel. Desire and the right approach – helps to get out of any problem situation.

Now I am on vacation, I start preparations in April-May.
I plan to gain weight in the off-season up to 140 kg, I would like to put 110-115 kg of quality meat on the stage.”

In addition to detailing these plans, Vitaliy Ugolnikov also showed off his massive physique. He is already a big guy with a well rounded physique, so it is going to be interesting to see what else he adds as he bulks up.

He typically hangs out around the mid 120kg range in bodyweight during the offseason, so he is looking to add about 15kg of mass before his next contest. If he does it in a smart way, this could make a massive change for his physique.

There are a lot of talented bodybuilders who are emerging, but Vitaliy Ugolnikov is by far one of the most promising. With such high hopes for the year, it will be exciting to watching his career progress.