Apparently, when athletes voice their concerns about trans weightlifter Laurel Hubbard being allowed to qualify for the Olympics, they are told to be quiet 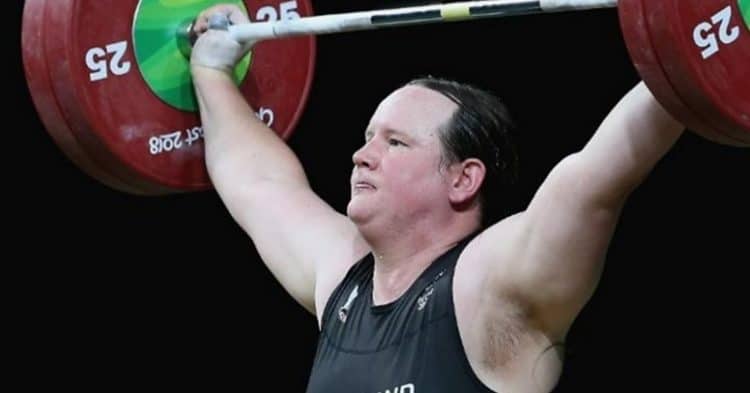 It goes without saying that one of the most controversial topics in sports right now, is where transgender athletes fit into the fold. This is causing quite the stir on the Olympic scene, as trans weightlifter Laurel Hubbard looks to become the first trans athlete to qualify for the event.

43-year old New Zealand weightlifter Hubbard has been a topic of contention among athletes and spectators alike. Initially born a male, Laurel got a sex change and went on to compete as a female weightlifter, where she has broken barriers in the sport.

This has left many feeling like she has an unfair advantage compared to her contemporaries, given the biological advantages that come from being born a male. Nevertheless, the counter to this concern is that she is within the guidelines put in place by the International Olympic Committee (IOC), which requires trans athletes to meet a certain testosterone threshold.

A post shared by It Gets Better Paraguay (@itgetsbetterpy)

Ahead of the 2021 Tokyo Games, Laurel Hubbard has worked to get a qualification to compete, becoming the first trans athlete at the Olympics. This has led to backlash from both fans of Olympic weightlifting, and her fellow competitors.

However as Tracey Lambrechs, a former Olympic weightlifter from New Zealand, explained in a recent interview, these athletes who have concerns are being told not to express them. Apparently when these issues are presented to the IOC, whether by her or other athletes, they are told to be quiet.

“I’ve had female weightlifters come up to me and say, ‘what do we do? This isn’t fair, what do we do?’. Unfortunately, there’s nothing we can do because every time we voice it we get told to be quiet.”

At the end of the day this is a tricky road to walk, because it is not fair to Laurel Hubbard, to outright say she can not compete. On the other hand, the concerns from the other athletes who feel like the IOC’s testosterone guidelines are not enough, are certainly understandable.

It should be noted that the IOC is undergoing a review of these guidelines, to determine if there is room for change. Currently, they have determine that trans athletes can compete if their testosterone levels are below 10 nanomoles per litre for at least 12 months before their first competition, but they are looking at the ideal of changing that.

“The IOC is developing new guidance to help ensure that athletes – regardless of their gender identity and/or sex characteristics – can engage in safe and fair competition,” the organization said.”

What are your thoughts on this situation with Laurel Hubbard? Should she be allowed to compete at the 2021 Tokyo Games?

Blessing Awodibu Reacts To His Pro Debut, Vows To Be ‘Ready To Battle’ At NY Pro

Professional Poker player and social media celebrity Dan Bilzerian is one of the most polarizing personalities on the internet. In...