A little more than a week after the 2020 Mr. Olympa, William Bonac looks to still be in tremendous shape 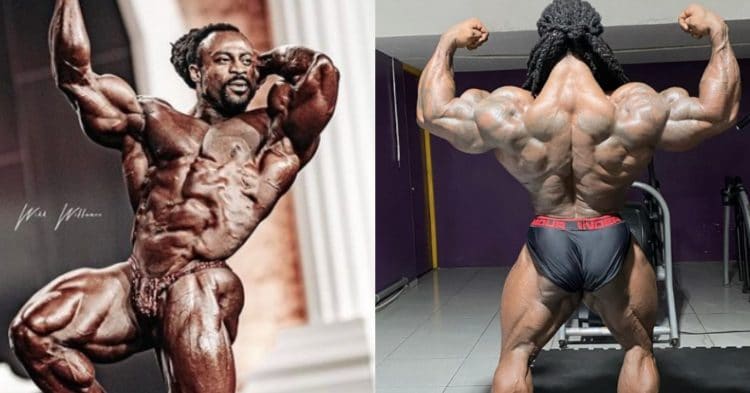 While a lot of people enjoy seeing the bodybuilders competing at the Mr. Olympia, fans still wonder how these athletes look after the show, and whether or not they have let themselves go. Fifth place winner at this year’s contest, William Bonac showed that he is still in incredible condition a week removed from the show.

Things did not go the way that Bonac planned, when he competed at this year’s Olympia. After coming in second place last year, falling short to only Brandon Curry, expectations were high on what he could deliver when he took to the stage again this year.

Ultimately he would drop a staggering three places on the scorecards, coming in fifth place. This was not because he looked bad, but he just did not have enough in his package this year, to burst into the final four.

Now as the days have passed from the conclusion of the Olympia, several athletes have been giving post-competition physique updates. William Bonac decided to jump on this trend, and post a photo to his Instagram to share how his physique looks now that the big day has passed. To the surprise of many, he still looks to be in absolutely tremendous shape, as he poses and does a back double bicep.

All things considered, Bonac still appears to be in tremendous shape, even after the contest. The back double bicep is always one of the better poses from him, but even still he has a great deal of conditioning that he is showing in this photo. Not to mention the insanity that is his mountainous traps.

It is unclear exactly how far removed from the contest this photo was taken, and if it was before or after the holidays, but he does not appear to have dropped off at all from the way he looked on stage.

Although he did not exactly get the outcome that he was hoping for, William Bonac still put together a solid package for the 2020 Mr. Olympia. Things did not go his way in the end, but there is still a lot of room to grow, and hope for improvement next year.

He has always been one of those guys with a ton of promise, and perhaps he can better figure out how to put it all together by the time we get to see him on the big stage again.

The Ultimate Powerlifting Guide For Beginners