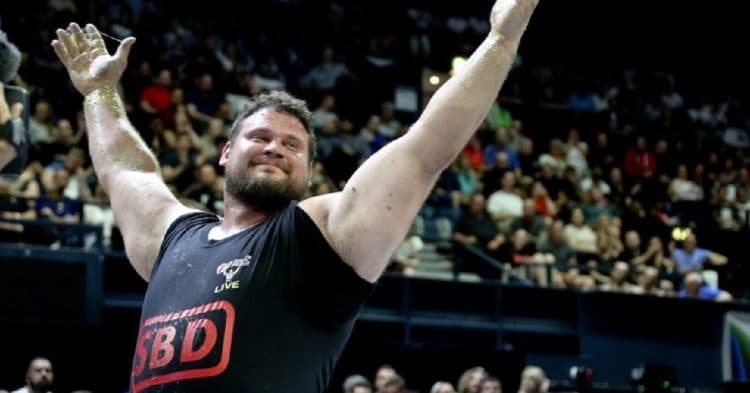 With the growing global health crisis, events from all around the world are getting canceled. Now the latest to be added to that list is the World’s Strongest Man.

It seemed like a forgone conclusion that this year’s World’s Strongest Man would likely not take place as expected. Given the current situation in the world, and the fact that most other sporting events have been canceled or postponed, it was almost certain. However, officials had been hesitant to officially pull the plug on the event, because it was still over a month away.

All of that changed on Tuesday, after a press release from the WSM officials. Here they explained that the event is not happening on the originally expected date of May 20-24. Instead, it has been moved to November 14-15, at the same location of Bradenton, Florida.

“Due to global health concerns regarding COVID-19 (coronavirus) and restrictions and advice from local, state and federal government authorities, this year’s World’s Strongest Man competition in Bradenton, Florida set to take place May 20 -24 has been postponed. The finals will be held November 14 15, following qualifying rounds November 11 12, both on Anna Maria Island in Bradenton, Florida. The health and safety of our competitors, fans, parthers, Volunteers and statf remains our top priority. We thank you for your support and patience and hope that you will be able to join us in Bradenton, this November.”

This is certainly a massive letdown for the athletes who had been training hard for the World’s Strongest Man in May. However, the good news is that, unlike some other events, the contest was rescheduled, with a specific date in mind. Moreover, with over a month to go before the original date, hopefully it will be a bit easier to adjust travel plans and things of that nature. The most important thing is to consider the safety of everyone involved.

Get ‘6 Pack’ Abs In 22 Days With This Home Workout