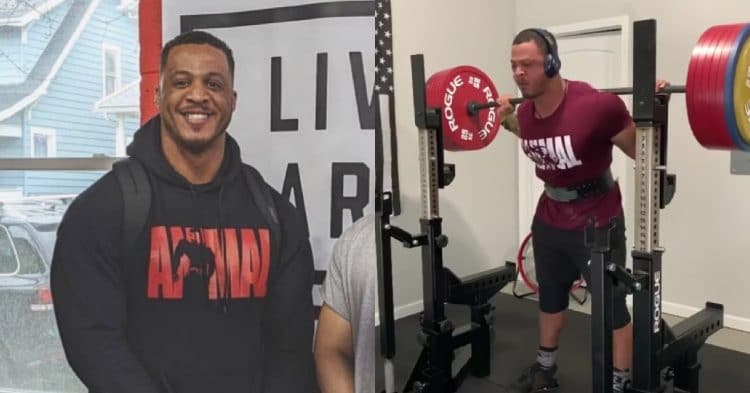 Jamal Browner has been doing some incredible things in 2020 so far. Now he is back to training, and pushing himself to a whole new level.

Browner has been looking simply unstoppable for the first quarter of the year. Back in February, he was shattering world records in the 242lb weight class, at the Hybrid Showdown II. It was an incredible performance, which demonstrated the hard work he has been doing in the gym.

This hard work was shown again recently, when Jamal Browner took to Instagram. Here he posted a video, hitting a gigantic 760lb squat for a double. Not only was this impressive in its own right, but it was a new PR for the 25 year old. Not to mention, he did so while being forced to stay at his house, rather than going to the gym.

There is an oddly timed edit, which did not show Browner walking the weight off of the rack. However when he starts punching out the reps, he moves it smoothly. Although the second rep went up pretty slowly, as it was clear he was struggling a bit.

This is a decent improvement from Jamal’s previous best of a 750lb double. He hit that a while ago, but reminded us of it recently with a throwback Instagram post. Here is the impressive squat, just in case you missed it the first time around.

Jamal Browner has his eyes set on the goal of squatting 800lb by the end of the year. While he still has a ways to go, the work that he is putting in now makes it seem like a surefire thing that he can reach that goal before 2020 is over.