The changes were small at first for Sophie – cutting out the junk food and going for short runs around the neighborhood, and within four months she was back to her pre-uni weight.

The sense of achievement was a feeling she hadn’t had in so long, so she decided to set another goal of seven stone, cutting out the olive oil and fatty meats from her diet. No longer was Sophie’s diet a way to lose weight, but a serious disorder fuelled by her obsession with achievement.

She admitted: “On a typical day, I’d wake up and exercise so I could ‘earn’ my breakfast.

“That meant a three-kilometre run, skipping for two minutes, push ups, sit-ups, and jumping jacks until I passed out or nearly threw up. The whole routine would take me two or three hours.

“Then the voice in my head would say, ‘don’t eat breakfast! You’re going to ruin your workout!’

“When I did eat, which was usually three times a day, I’d never go above 100 calories.

“I’d even count the two calories in my Lipton tea. I was so scared of keeping food in the fridge because I thought my mom’s food would seep out of the plastic and get onto mine. I was so delusional.”

Instead of going out to parties with her friends, Sophie would lock herself in her room and spend hours researching ways to lose weight.

Despite the red flags that were beginning to creep up on her body, such as painful joints and yellowing skin, Sophie decided to go on holiday to Thailand with her then-boyfriend.


She said: “While we were there, it was at least 30 degrees every day with 90 per cent humidity, but I had to sleep with the heater on and two blankets.

“We were walking around all day and because I couldn’t measure my food, I cut everything in half just to be sure.

“Not surprisingly, I lost 5kgs while we were there. And I was so excited.

“My parents, on the other hand, didn’t even want to see the photos from our trip. To them, I was just a skeleton on the beach.”

Too weak to exercise, Sophie continued to cut calories and before long she had plummeted to just over four-and-a-half stone.

Despite her iron deficiency, low blood pressure, liver damage and the loss of her period, it wasn’t until Sophie noticed her hair falling out that she decided to seek help.

With the doctor in front of her, there was nowhere to hide and Sophie had to admit to herself that she had anorexia.

She said: “I was out of options. I had to start eating or I would die.

“But I decided I wanted to do it myself. I didn’t want anyone interfering with my food or feeding me high-calorie shakes. That was my worst nightmare.

“In the beginning, I stuck with the same foods I felt comfortable with but would eat an extra 50 calories at each meal.

“Eventually I started adding foods back into my diet, like carrots, apples, and capsicum. They tasted so sweet and flavourful!”

By then she was beginning to get back into her fitness routine, starting out with stretching and watching yoga videos before progressing to jogging.

She said: “Cardio is great for your heart but I also wanted to get stronger, so I started lifting weights.

“I was so weak and self-conscious in the beginning, so I’d wait until midnight before going to the gym.

“I was addicted. I loved the positive relationship with food that came with it, as you have to eat protein to see results.

“Around the same time, there was a new gym that was opening closer to where I lived, so one day I took a jog there and put on my resume.

“I knew it was going to be hard finding work because I’d been out of action since 2012, but they offered me a job in reception.

“It was the perfect opportunity to re-join society and I was finally becoming my bubbly self again.”

She’s well-known on the floor and admired for sharing her story openly and honestly.

She said: “I’m addicted to the weights and obsessed with keeping strong and active. I don’t weigh myself anymore or count anything I eat and I even eat treats again.

“I consider myself fully recovered, but eating disorders are a real addiction, just like drugs or alcohol. I’m always wary that I could slip back into old habits, but I’m enjoying where I am right now.

“I’m glad I went through what I did. It was painful, but it taught me a lot. If I can help anyone by sharing my story, then it’s worth it.” 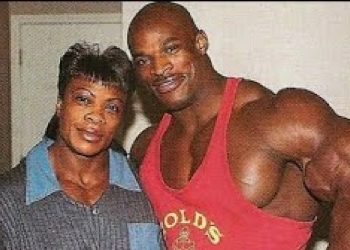