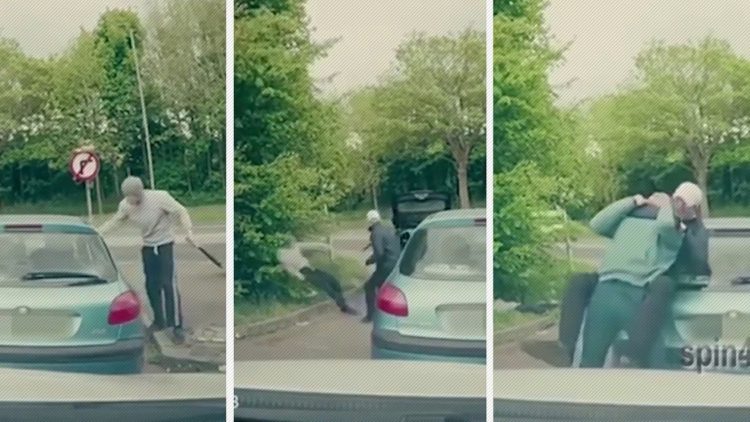 Road rage is one of the most common catalysts for fighting with a complete stranger, and we’ve all experienced the sudden burst of rage when someone cuts you off.

But in this dashcam video the attacker takes “pissed off” to a whole new level—pulling out a baseball bat and squaring up on the unarmed motorist.

We know what you’re thinking: Normally the guy with the Lousiville Slugger wins, but this time the bat-wielding man picked the wrong fight.

Undeterred, the unarmed motorist leans back and delivers a vicious KO punch to the man’s chin, sending him into the bushes.

The unconscious man’s friend then decides to challenge the guy. Clearly not learning from his buddy’s mistake, he gets put to sleep as well, via a rear chokehold. The triumphant motorist then goes back into his car, mounts the curb, and high tails out of there—leaving a scene of carnage in his wake.

Looks like justice was served the old-fashioned way—with a brilliant dose of instant karma.