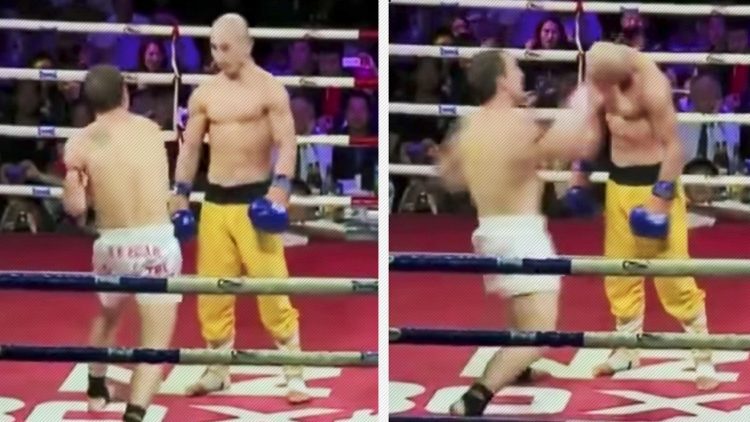 An incredible clip has resurfaced showing the moment a mixed martial arts fighter sustained a flurry of powerful blows to the head without appearing to flinch. 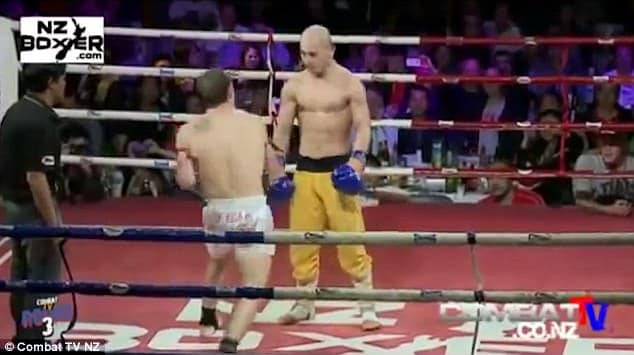 Fearless Shaolin Yi Long, who describes himself as a monk, drops his arms and stands motionless as his opponent Brad Riddell delivers a number of unanswered blows.

THIS footage shows the incredible moment a self-proclaimed Shaolin monk barely flinches as he absorbs a brutal barrage of punches in an MMA clash.

Fighter Yi Long, a self-described Shaolin monk, can be seen in the ring with Brad Riddell, from New Zealand.

Long, 30, stands motionless as his opponent pummels him in the face.

After a few seconds of being punched Long fights back and kicks Riddell in a counter-attack motion.

Riddell later won the contest by a unanimous decision.

Paul Ryder added: ‘Not many people in the world could take shots like that!’ 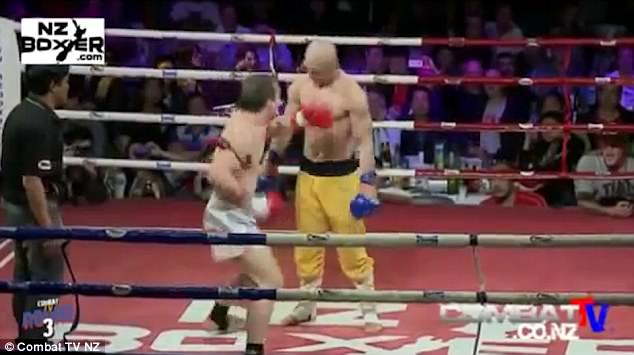 A spokesman for the Shaolin Temple, a Buddhist monastery in China, denied any connection to the fighter.