Throwback: Brian Shaw Challenges Competitive Eater to An Eat Off

Besides being known for their massive muscles and ability to lift huge amounts of weight, strongmen are also notorious for being able to stomach huge amounts of food that fuels their strength. These guys are like trash compactors when it comes to consuming thousands upon thousands of calories a day. You know who else can eat a ton of food? Competitive eaters. They may lack the size but they can match the gullet.

Furious Pete is one of those guys. If you haven’t heard about Furious Pete, let us fill you in. This charismatic bodybuilder/competitive eater is a YouTube star best known for his fitness motivation. And he recently came back into the limelight for a different impressive feat. Succeeding to beat cancer… twice.

If that wasn’t impressive enough it seems Furious Pete has made some impressive new friends since being back in the limelight. World’ Strongest Man Brian Shaw just happened to be having lunch when he decided this would be the perfect time to invite his good friend Pete over for a food off. The challenge consists of 2 lbs Spaghetti bolognese a glass of water and a very short amount of time.

Though Brian Shaw definitely has the weight advantage Furious Pete has the experience with massive amounts of food in a limited time. So place your bets – will the tenacity of furious Pete beat the sheer mass that is Brian Shaw? Two men who are masters of eating insane amounts of food. Who will win?

Let us know what you think in the comments below!

Top 5 Leg Training Mistakes and How to Correct Them

WATCH: How To Get Bigger Shoulders With Light Weights 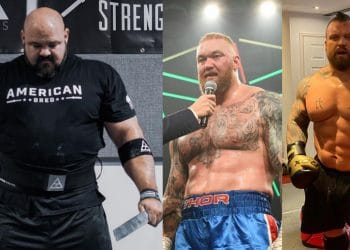 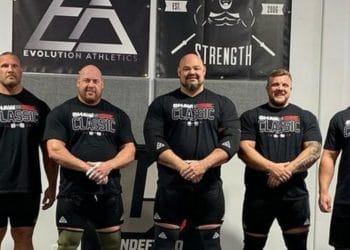 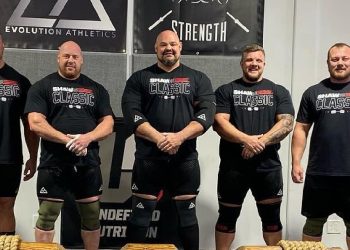