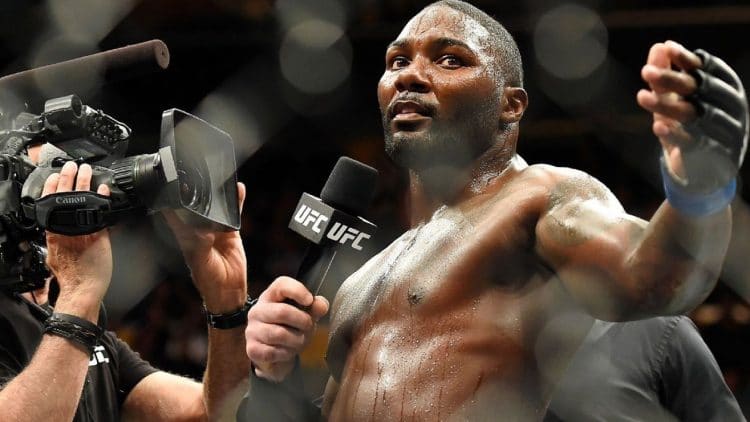 Johnson posted a headline on Hague’s condition on Instagram on Saturday and said head trauma was a major reason he left the Octagon. Hague died Sunday at age 34, his family said.

“This is a reality check for me!” Johnson wrote. “I’ve knocked a lot of [people] out and [I don’t know] how this didn’t happen when I fought. I’ve been afraid of this happening to me and after learning about CTE I’m afraid of it happening to anybody.”

Johnson’s last UFC bout was a second round submission loss against reigning light heavyweight champion Daniel Cormier at UFC 210 in April of this year. He teased about a possible comeback after watching light heavyweights Alexander Gustafsson destroy Glover Teixeira with a barrage of upper cuts at UFC Fight Night: Stockholm.

For the time being, “Rumble” Johnson appears to be staying retired with no plans of returning to the UFC.