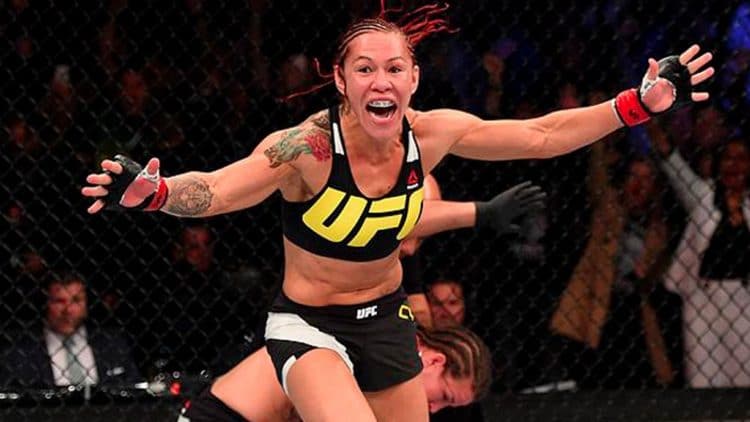 The UFC have confirmed that Cris Cyborg and Megan Anderson will fight for the featherweight title on July 29.

Cyrbog and Anderson will clash after weeks of both woman pushing for the contest.

The UFC also revealed that Germaine de Randamie had been stripped of her featherweight title after refusing to face Cyborg.

De Randamie cited Cyborg’s history of alleged doping abuse as the reason she did not want to fight her in the octagon.

But, the UFC stood firm in their insistence that champions cannot turn down fights with the top contender.

UFC maintains that any champion is expected to accept fights against the top contenders in their respective weight classes in order to maintain the integrity of the sport,’ a statement read.

A delighted Cyborg announced the news on social media after a difficult few months for the Brazilian.

Anderson will be making her UFC debut in the fight, but is currently the Invicta featherweight champion.

And the Australian explained she was ready to go back into Invicta before the UFC performed a U-turn on the Cyborg fight.

We’d obviously been campaigning for that fight, probably for three weeks, but the UFC had told us it wasn’t happening,’ Anderson told ESPN.

“So, we went to Invicta and said, ‘Get us an opponent.’ We signed that bout agreement, and not more than six hours later, the UFC called and said, ‘Hey, let’s look at that Justino matchup.”

“I don’t know what was going on in their head. They knew we wanted the fight this whole time. We finally said, ‘OK, fine’ and we sign another fight.”

“Then all of a sudden they’re like, ‘Oh wait, we’re back.’ At least it all seems to have worked out.”

The fight is on the main card of Daniel Cormier’s rematch with the returning Jon Jones.