Justine Kish had an incredibly unfortunate accident during UFC in Oklahoma City on Saturday when she defeated in the ring by accident while being choked during her fight with Felice Herrig. That is your warning because here’s the video.

After defending the submission, the 29-year-old was still in a bad position. Like she was doing throughout the fight, Kish exploded to get out of the bad spot. Unfortunately, that wasn’t the only thing that got out.

Shortly after, and many from social media began to notice some coloration on the mat.

If you’re still here and have a weak stomach, you should know better 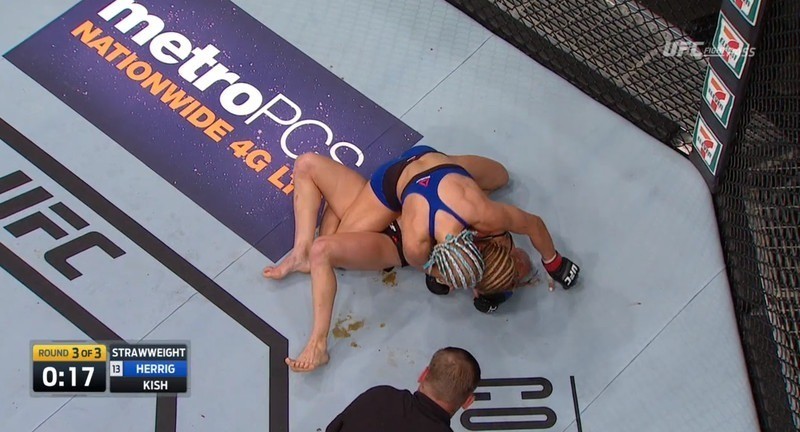 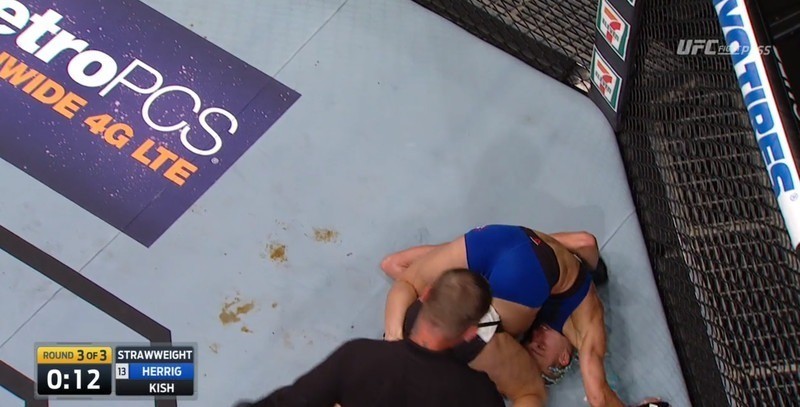 Even media in attendance did their doodi… I mean, duty, to confirm things.

That's not… is that? https://t.co/ArAwfaEIlV

The staff tried to clean it up a little, and the two remaining fights continued. Post-fight, Kish was even a good sport about it all, cracking a joke about it on twitter.

I am a warrior, and I will never quit #ShitHappens haha be back soon.

This unfortunate incident certainly wasn’t the first time this happened in the UFC in recent years.