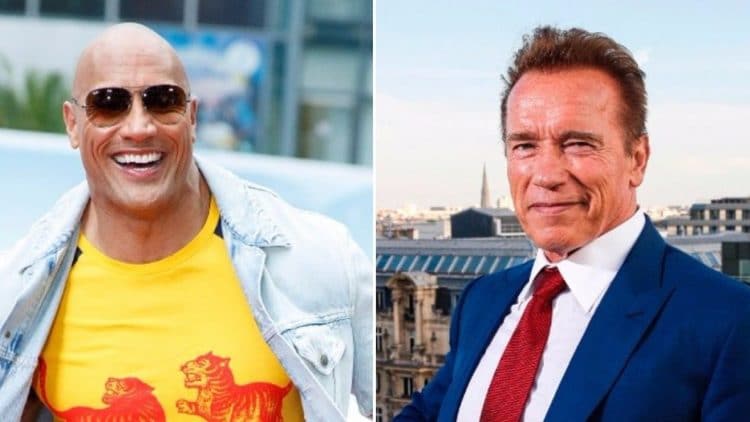 Dwayne “The Rock” Johnson is many things, but one thing he’s not? An Arnold Schwarzenegger impersonator.

Johnson posted a video to his Instagram on Sunday from the set of his upcoming film “Rampage,” in which he tries to do the aforementioned impersonator. To Johnson’s benefit, he admits that it’s “f—ing awful.”

“Enjoy me completely butchering my best [Schwarzeneggar] impersonation while rehearsing on set of [“Rampage”],” he wrote.

However, Johnson also used the platform to talk about his connection with the iconic action star. From looking at Johnson’s body of work, it becomes clear that there are some striking similarities. Both have starred in blockbuster franchises, enjoy balancing humor and suspense, and have tested out a wide range of movies, from big-name box office moneymakers to even children’s films.

“When I was a kid Arnold was one of my heroes,” Johnson wrote.

He also explained that Schwarzenegger was there for him when he first started off in Hollywood, providing some sage advice.

“When I first started in Hollywood, he was one of the biggest stars on the planet and was so supportive and welcoming to me, when he didn’t have to be,” he continued. “First time we had dinner he said, ‘You can take the brass ring to places it’s never been before’ in his iconic accent which clearly I suck at.

“15 long hard working years later, here I am. Grateful. This one’s for you brother.”

As for the film he’s rehearsing for, “Rampage” is an adaptation of the 1980s arcade game of the same name, which allowed players to level cities as giant monsters. The film will be from the ground level though, depicting a team working to stop the monsters.

Here’s a clip from a press junket in which he attempted that similar imitation and talked about how good the movie icon (and other action flick stars) were to him: