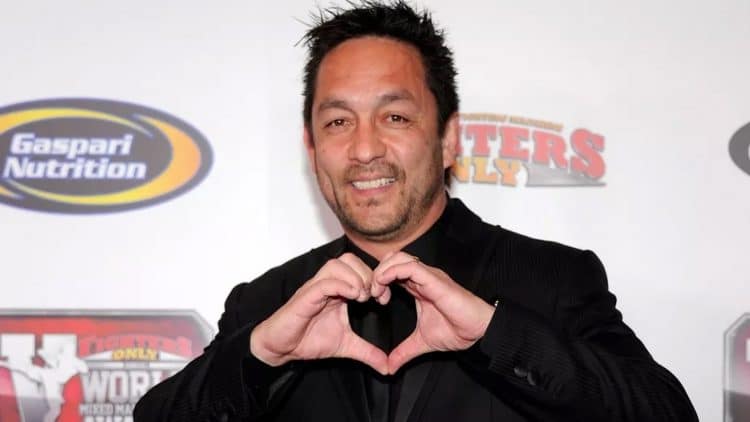 Move over, Steve Mazzagatti. UFC President Dana White has a new favorite target when it comes to referees.

This wasn’t just a fight between to highly ranked individuals, this was a war between heated rivals with a lot of genuine bad blood between them.

It all started when Lee brought up Chiesa’s mother during a pre-fight press conference:

“He’s gonna headline because of me,” the Detroit native said. AAfter that, he’s going back to the prelims. But I just hope he shows up because I know his momma’s got tickets.”

Chiesa then proceeded to drop the mic and run over to Lee’s side of the stage. Security held him back but Lee managed to land a cheeky right hand over a security guard’s shoulder. 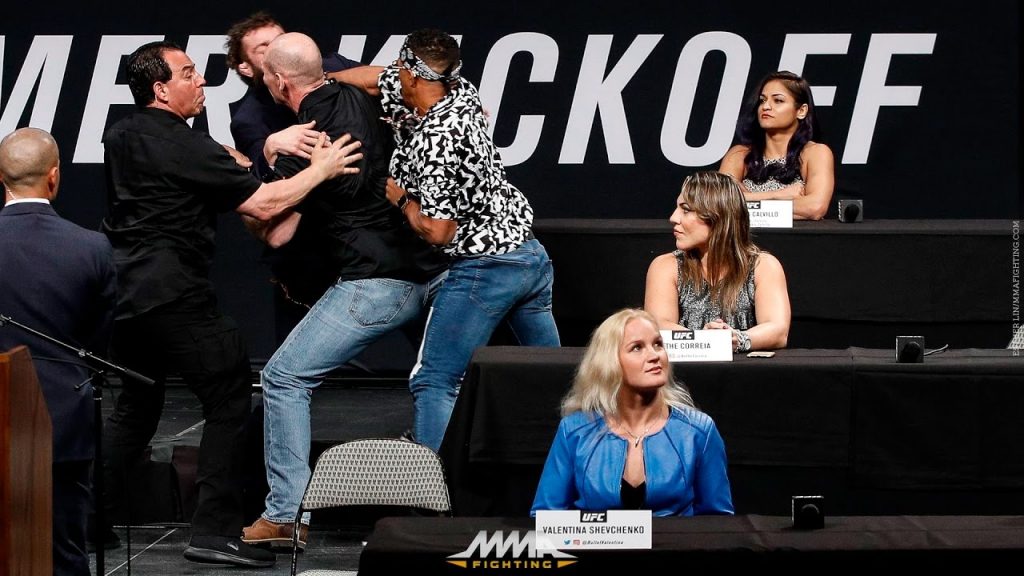 Despite being the one that threw the punch, Lee placed 100% of the blame for the incident on his opponent.

“They [the UFC] understand it wasn’t on me: I wasn’t the one to do it,” he said of the scrap. “[Chiesa] was the one to stand up and say he was going to slap the [sh*t] out of me. When you say that, and then you walk up on them, what do you think is going to happen? The UFC isn’t stupid.”

The fight didn’t go past the round, and despite showing some promise in difficult position, Chiesa was working on his back for the majority of the fight. He showed great strength and determination, eating a lot of elbows and heavy shots to the head, while maintaining his composure.

Controversy surrounded the finish though, as Lee had a tight guillotine, and with 20 seconds left on the clock, referee Mario Yamasaki made an incorrect call to signal the end of the fight. It’s believed that Yamasaki thought he saw a tap, but upon viewing the replay he clearly did not tap.

Following the fight, Chiesa did not hide his frustrations, yelling “He should be f*cking fired”, and refusing to hold the referees hands during the result announcement, shrugging him off and telling him to “not f*cking touch me”.

Was it a legit finish? Kevin Lee with a submission on Michael Chiesa that we'll be talking about for awhile! #UFCOKC https://t.co/mOFBUonnem

Following the result, UFC President Dana White borrowed the last name of his most hated referee to encapsulate his feelings after Mario Yamasaki botched a call in the headliner of UFC Fight Night 112, referring to the veteran official as “Mario Mazzagatti” on Instagram:

“Mario Mazzagatti does it again!!!” the UFC official wrote. “This guy is more concerned with doing this dumb ass heart bull(expletive) then Ref’n the fight!!! Steals a great moment from Lee or let Mike fight it or tap. Nobody gives a (expletive) that u can make a heart with ur hands like a 12 year old girl they want u to pay attention to what’s going on in the fight and do ur job.”

There weren’t many voices in support of Yamasaki’s performance. Yamasaki has been a UFC referee for more than a decade, but he hadn’t drawn this type of response until tonight in Oklahoma City. It won’t be a surprise if Chiesa appeals the official result.