Lee Priest has never been the most standard bodybuilder out there. Far from it. He brought attention onto himself with controversial statements and actions. But Lee Priest has proved time and again that he is a top tier bodybuilder. Although he may have been on the lighter side of the equation, Priest was able to contend with some of the best of the best out there. His size disadvantage didn’t stop from giving his all and being one the most well-built individuals on stage when it was go time.

This photo would have to be one of the greatest bodybuilding photos ever taken. Featuring two legends Lee Priest & Tom Platz, with a freakish shot of the best arms in the business. 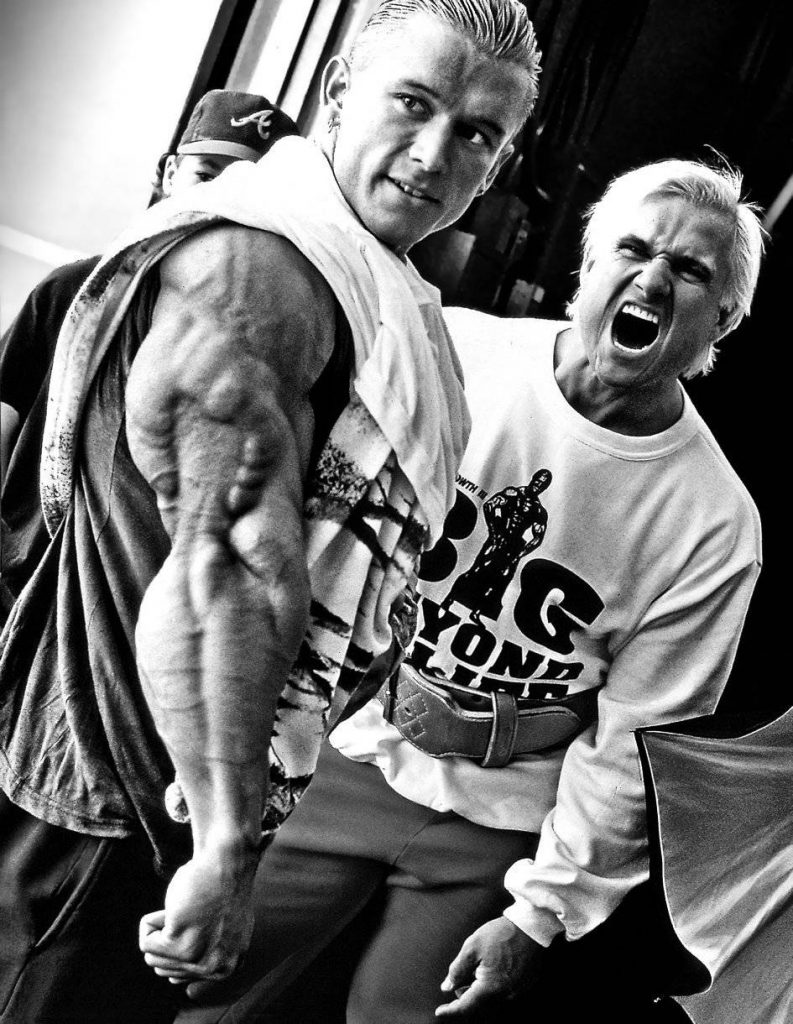 Watch the above video, Priest explains the story behind the picture and casually dissing Generation Iron 2 🙂

Lee Priest is a bodybuilding legend known for his activity and willingness to compete with anyone on stage. In an...

Lee Priest is one of the sharpest minds in bodybuilding and is applying that knowledge by undergoing a physical transformation....

Australian legend Lee Priest was a perennial contender in the late 1980s to the 2000s era of bodybuilding. Recently, Priest...