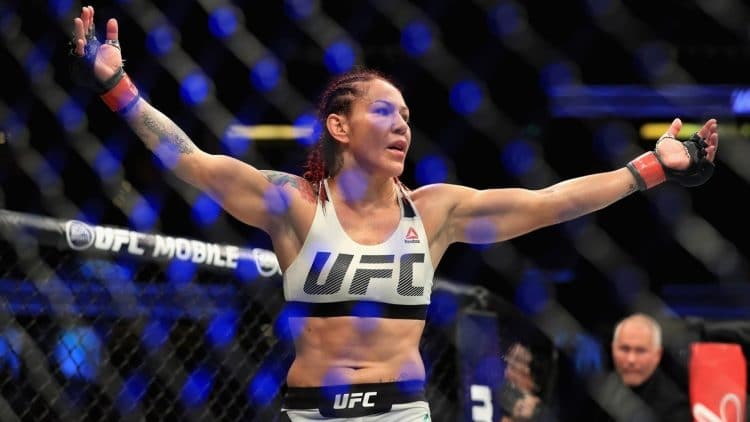 It took a long time to get here, but the Cris “Cyborg” Justino era as UFC champion finally commenced on Saturday, and the performance was a showcase of her evolution.

“A lot of things have happened in my career but before I [was] just crazy inside the cage,” Justino said. “Now I am learning to fight. I have come down, I see the nice shots, and I throw the shots. And I have what it takes to be a champion. This is the perfect time because I think I am at the top of my career now.”

Justino was patient and calculated throughout as she conserved her energy and landed pinpoint strikes against a tough and awkward opponent in Evinger, a UFC rookie at age 36, who currently holds the Invicta bantamweight title.

Evinger used her height and reached advantage to control distance and constantly dodge heavy strikes coming her way. But for as much as she attempted to time a series of wild striking attempts, she was never able to land anything of consequence against Justino.

“Cyborg” slowly piled up clean right hands and leg kicks over the first two rounds. In Round 3, Justino closed distance along the cage and finally was able to break Evinger from the clinch, landing a trio of knees to the face that floored her.

Check out the footage on the player below:

Referee Mike Beltran quickly jumped in at 1:56 to call off the bout.

Justino improved to 3-0 in UFC after a pair of stoppage victories in 140-pound catchweight bouts. But her featherweight debut was certainly her most technical to date as Justino finally achieved her dream of winning UFC gold.

“You know, I don’t have the words for this,” Justino said. “Thank you to the fans for coming here to watch me. Cyborg Nation forever.”