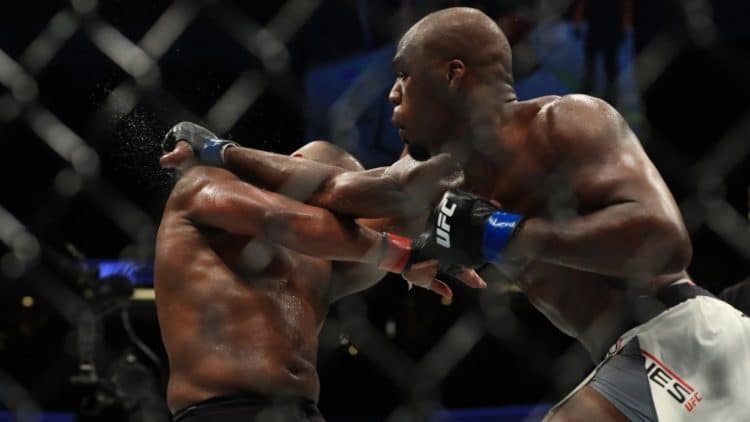 Jon Jones seized redemption and his UFC title Saturday in the form of a perfectly placed left head kick.

After an entertaining and close fight in the earlier rounds, Jon Jones eventually landed a head kick and followed up with brutal ground and pound to KO Daniel Cormier. Jones reclaimed the undisputed light heavyweight championship at 3:01 of the third round. The victory put an end to Jones’ long rivalry with Cormier (19-2), who held the title for two years during his absence from the sport. 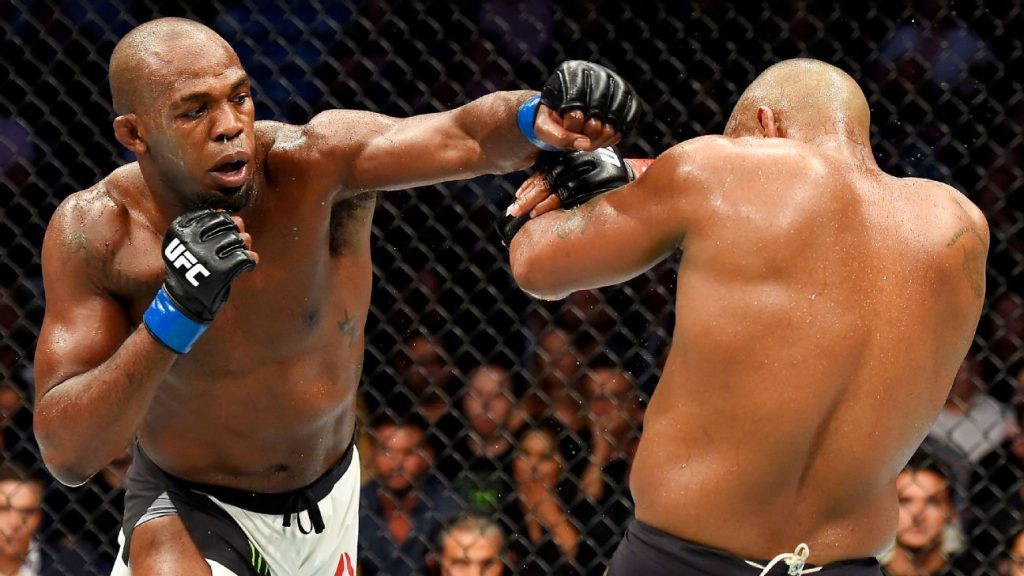 After the win, his 10th career knockout, Jones heaped praise on Cormier and then called out former UFC heavyweight champion and WWE star Brock Lesnar.

“I want to take this time to thank ‘DC’ for being my greatest rival and motivator,” Jones said. “He has no reason to hang his head. He is a model champion, and I aspire to be more like that man. He’s an amazing human being. I know we were opponents, but outside of that, he is a true champion for the rest of his life.

“Brock Lesnar, if you want to know what it feels like to get your ass kicked by someone who weighs 40 pounds less than you? Meet me in the Octagon.”

Jones literally dropped the mic after.

Cormier, who has lost only to Jones during his professional career, was emotional after the loss.

“I don’t know, man,” Cormier said. “I don’t know what happened. Kick in the head. Oh, man, I am so disappointed. If he wins both fights, there is no rivalry. I don’t know.”

Earlier in the week, Jones spoke about the fight, and Lesnar also expressed his willingness to face off. The likelihood of a fight between Jones and Lesnar is hard to pinpoint at the moment. Lesnar came out of retirement last year and defeated Mark Hunt via unanimous decision at UFC 200.

Lesnar, 40, failed multiple drug tests around that event and is still under suspension by the United States Anti-Doping Agency (USADA).