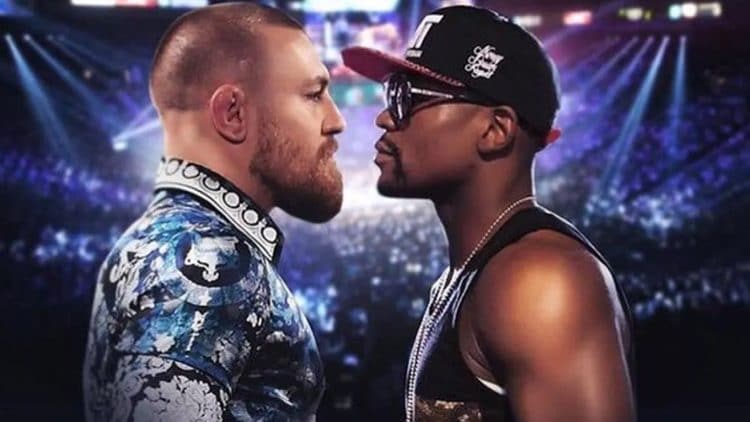 It’s supposed to be the hottest ticket in sports. But so far, fans aren’t exactly storming the box office to buy tickets for Floyd Mayweather Jr.’s fight against Conor McGregor, with prices starting at $3,500.

A check online Saturday revealed hundreds of seats still available from Ticketmaster at the T-Mobile Arena for the Aug. 26 fight. There are so many open seats that fans with enough room left on their credit cards can buy six tickets together in 162 different spots throughout the arena.

That might be because of the astronomical prices set by promoters — the cheapest tickets still available on Ticketmaster have a face value of $3,500. Or maybe fans are just waiting for the right time to buy, hoping the price will go down.

Either way, promoter Leonard Ellerbe isn’t terribly concerned. He says the fight will not only sell out, but break records for the richest gate.

“We’re very excited and very happy with ticket sales so far,” Ellerbe told The Associated Press. “We’re well on our way to smashing our own record which transcended the sport.”

That record was a $72,198,500 gate set by Mayweather in his 2015 fight with Manny Pacquiao. That live gate was more than three times bigger than any previous boxing gate.

Still, five days after tickets first went on sale, seats throughout the arena are widely available. They are not, however, for anyone a little light in the wallet.

The resale market is nearly as pricey. At Seatgeek.com the get-in price is around $2,000 — for one of the few seats that originally sold at $500 — and the median listing price is about $7,000.

There seems to be sticker shock in the marketplace.

“There’s fairly little sales going on in general,” said Chris Leyden, a content analyst for SeatGeek.com. “I think a lot of it has to do with where prices are now. I think people are a little uncomfortable paying this much or maybe even more.”

The situation is much the same at StubHub, where demand for tickets is lower than it was at the same time before Mayweather’s fight with Pacquiao two years ago.

“We’re not necessarily seeing demand levels for the fight yet,” said Johnna Hoff, a StubHub spokeswoman. “The encouraging part is people are buying some tickets.”

A UFC spokeswoman did not return calls for comment. Ticketmaster replied to an email by saying it will “decline to comment at this time.”

Any sign of slow ticket sales would undercut the argument by promoters that the fight might be the richest of all time, topping the Mayweather-Pacquiao bout that grossed some $600 million.

Joris Drayer, a ticketing expert, and professor of sports business at Temple, said high prices are likely limiting the market. Drayer said by the time fans spend money on travel and hotels in Las Vegas they would easily be over $10,000 for two tickets, making the pay-per-view a more attractive option.

Drayer also said that some of the smaller resellers who might have bought tickets in the past are likely on the sidelines because the tickets are so expensive that it will be harder to flip them for a profit.

“This is the challenge when pricing a one-of-a-kind type of event. No one knows what the demand will be,” Drayer said in an email. “In this case, it seems the promoters overestimated what people would be willing to pay — and how many of those people willing (to) pay thousands would actually attend the event.”

The four-city promotional tour that the two fighters went on attracted large crowds, but fans, for the most part, got in free. Promoters are also expecting huge pay-per-view sales at $99.95 apiece that could rival the 4.6 million sold for Mayweather-Pacquiao.

The demand for the fight is being driven largely by UFC fans, who tend to be younger than boxing fans and may not have pockets quite as deep.

Another sign that demand may be lacking — hotel prices for the weekend of the fight. There are still plenty of rooms available online in the $300 to $400 range, including several hotels operated by MGM Grand, which owns the T-Mobile Arena.