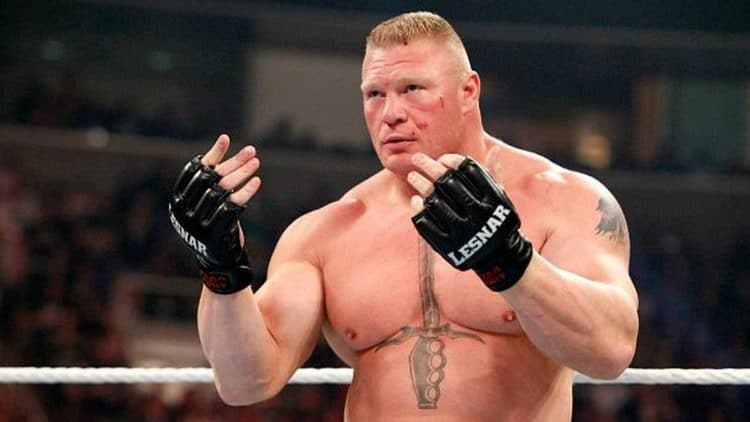 The UFC could have another superfight on the table.

Shortly after reclaiming the light heavyweight title from Daniel Cormier in the UFC 214 main event on Saturday, Jon Jones took the microphone to issue a challenge to former heavyweight king Brock Lesnar.

“Brock Lesnar, if you want to know what it feels like to get your ass kicked by a guy who weighs 40 pounds less than you, meet me in the octagon,” Jones said on the pay-per-view broadcast.

The Associated Press reached Lesnar shortly after he watched the championship fight and then heard Jones call him out.

“Be careful what you wish for, young man,” Brock Lesnar replied.

Earlier in the week, Jones and Lesnar went back-and-forth indirectly with Jones saying he would love to fight Lesnar should the pro wrestling star return to the Octagon during a Facebook Live Q&A, and Lesnar responding in the affirmative in a comment to the AP. 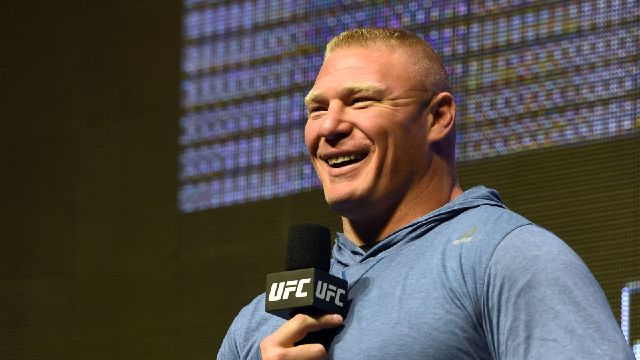 A heavyweight superfight between Jones and Lesnar would be one of the biggest events in UFC history. Lesnar is an extraordinary pay-per-view draw as likely the most popular fighter in mixed martial arts, while Jones’ victory over Cormier is expected to put him back atop most pound-for-pound lists as the world’s best fighter.

Jones expanded on his desire for a fight with Lesnar during the news conference following his victory over Cormier.

“We’re serious about it, and it would be great for the MMA world,” Jones said. “It would bring more of the general public to mixed martial arts, and that’s what we need. We need to expand our sport, so why not be the guy to take part in that?”

Jones said his manager loves the idea of the enormous payday that would result from the fight, while his teammates at Greg Jackson’s gym in New Mexico are eager to watch him.

Later, Jones expressed his confidence: “I think Brock has a limited game. I think it’s a winnable fight.”

While Volkan Oezdemir appeared to have punched his way to a potential title shot with a 42-second KO of Jimi Manuwa on Saturday, and past Jones foe Alexander Gustafsson is waiting in the wings for a second crack at the champ, a verbal agreement between two of the UFC’s biggest stars could be enough to convince UFC president Dana White to make a Jones-Lesnar dream fight happen.

However, White acknowledged at the UFC 214 post-fight press conference that Lesnar still has to serve out the remainder of an outstanding USADA suspension, so any booking of Lesnar is purely speculative at this point.