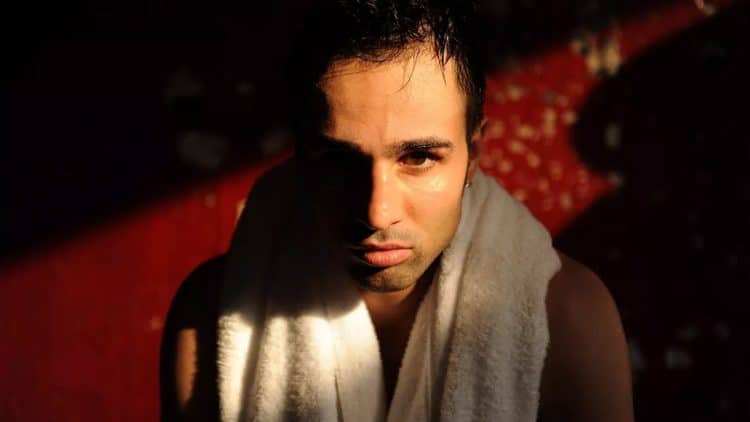 Paulie Malignaggi will remain part of the Showtime PPV broadcast team for McGregor’s Aug. 26 boxing match against Floyd Mayweather in Las Vegas. But the retired boxer will no longer be part of McGregor’s training camp after the two had a falling out on Thursday night.

“I wanted to be part of this event, but I didn’t want to become the story, and that’s what this has turned into,” Malignaggi told ESPN. “I won’t release any information about his game plan or what he’s working on—I wouldn’t do that. But this has become a fiasco. It’s a circus.”

Malignaggi’s decision comes after photos of his Thursday sparring session with McGregor were released, appearing to show McGregor dominating. Malignaggi publicly took issue with the photos, arguing they misrepresented what happened.

Its not nice 2 paint a pic that isn't true, this was a pushdown in sparring, post the whole video rounds 1 through 12 UNEDITED https://t.co/R82BLiMMVm

I actually beat his ass, 24 hrsoff a flight 2 lol, which is why Im saying post the vid, I try not 2 be petty but seems it's late 4 that now. https://t.co/vSE2Iw4ffM

I came to help this camp out, not to be exploited, now your gonna get the truth though. Post FULL UNEDITED VIDEO FROM TUES night #Ethics

He urged McGregor to release a full video of the sparring sesion.

“I do want that sparring video released. The UFC’s PI definitely has that video,” Malignaggi told ESPN. “I understand it can’t come out now, but Conor, if you have any balls, release what really happened.”

Here’s a sampling of the photos that were released on Thursday.

Malignaggi elaborated in a message posted to Twitter, saying that “some of the stuff outside the ring and some ways some things were handled in training camp” caused him to quit McGregor’s camp.

McGregor (21-3 in MMA) has yet to comment publicly on the departure. McGregor will face Mayweather on Aug. 26 at T-Mobile Arena in Las Vegas.

WATCH: Some Of The Freakiest Bicep Peaks Ever