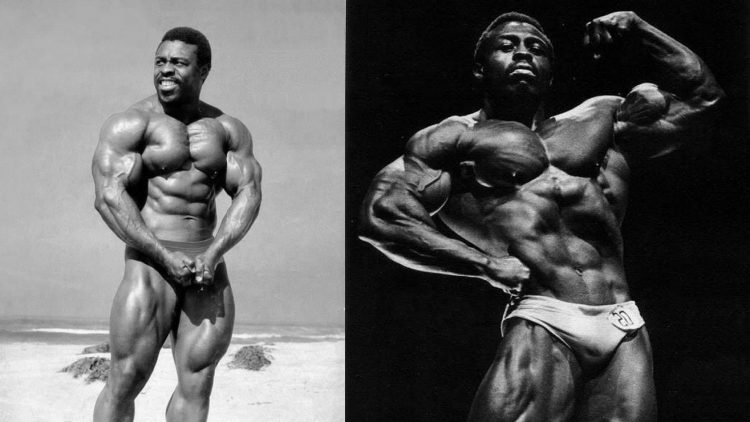 Roy Callender earned his Hall of Fame credentials by virtue of being a prolific competitor in a career that spanned 20 years. He won five IFBB pro titles and earned his way into the Mr. Olympia five times, finishing as high as third in 1978.

Callender begain his iron obsession at an early age, after he decided he had too much fat round his middle, even at 5′ 8″ and a modest 154 pounds. The “Barbados Bomber” trained with an intensity that matched his moniker, but his personality reflected a more reserved and easygoing demeanor, in victory or defeat.

After finishing second in the medium-height class in the NABBA Amateur Universe in 1967, 1969 and 1971, Callender decided in 1973 to try his hand at pro wrestling. For his ring persona, he was billed as “Mr. Universe”, despite the fact that he hadn’t won that contest yet. He stopped wrestling in 1975. In the spring of 1977, Callender – by then a Canadian citizen living in Montreal – asked gym owner and photographer Jimmy Caruso to train him for a comeback. Caruso said that if Callender could commit completely to his training and dietary demands, he would be Mr. Universe before year’s end.

On September 10, 1977, Callender, competing for the first time since 1971, won the Canadian Championships in Calgary, Alberta. Three weeks later, in Columbus, Ohio, he was victorious in the heavyweight class of the Mr. International, and a month after that, he earned top middleweight class honors at the IFBB Mr. Universe in Nimes, France, coming close to fulfilling Caruso’s prediction.

Next, Callender notched a win at the 1979 IFBB Pro Universe, edging out Albert Beckles. Callender shone again at the first-ever IFBB pro contest in Canada, the 79 Diamond Cup in August. It would be his final bodybuilding victory, although in his next eight tries he made top five, including two runner-up finishes.

Callender entered the Mr. O five times. He came second among heavyweights and third overall in 1978, fourth among heavyweights in 1979, seventh in 1980 (Arnold Schwarzenegger’s comeback year), fourth in 1981 and fifth in 1984. He retired after placing seventh at the Grand Prix in Essen, Germany, in 1987, bringing a long and respectable bodybuilding career to a close.