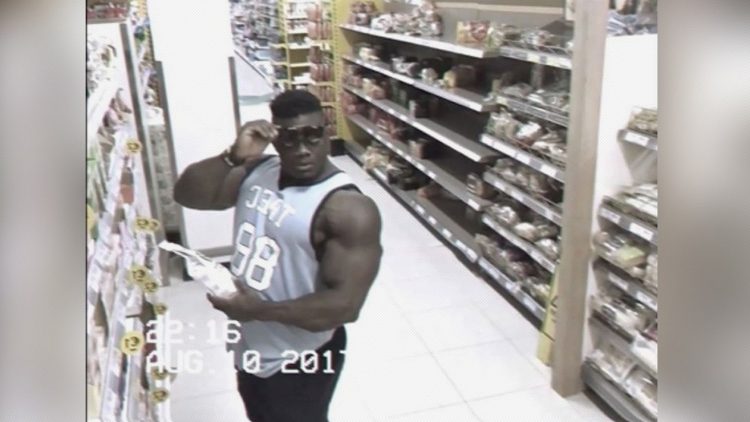 We are all guilty of having a glimpse of ourselves in a car window when we walk by… but this bodybuilder takes checking himself out to the next level.

Blessing Awodibu, a bodybuilder from Ireland, was shopping for coffee at a grocery store. In this Instagram clip, you’ll see the natural instincts of a bodybuilder kick in when the need to pose suddenly strikes.

At first glance, it appears Awodibu has spotted a closed surveillance camera pointed in his direction, which of course elicits the bodybuilder’s urge to rip off the shirt and bring the heat. Indeed a bold exhibition that brought a smile to those who watched it on social media, and panic to those shopping for coffee down the aisle.

He may be a serious competitor, but it seems he doesn’t take himself too seriously:

However, the jacked bodybuilder was posing at the end of a selfie stick held by his girlfriend. During his appearance on Fox and Friends, Awodibu admitted that it was not a closed surveillance camera which he was flexing before, but rather an app on his phone that made it appear to look like he was being captured on CCTV.

Check out the full interview:

No matter how the posing session was recorded, the idea was brilliant and the results were everything a bodybuilder could want: For the world to see what he has worked so hard to achieve.

Want a Killer Back Workout? Try The Back Attack!

Bodybuilder Blessing Awodibu hopes to keep the momentum in his corner at his first-ever Mr. Olympia contest later this year....