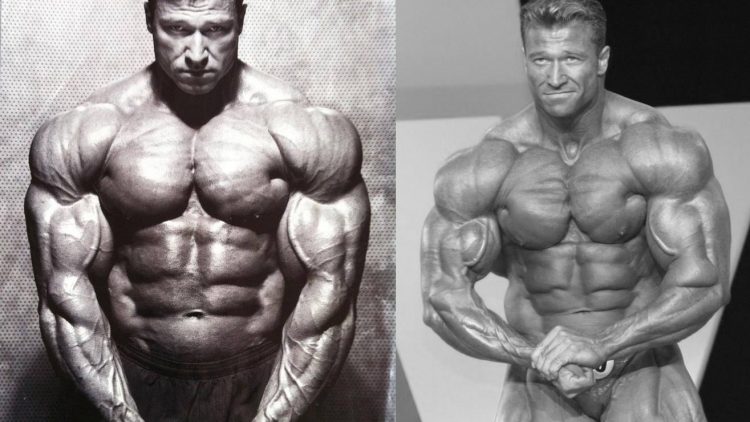 Günter Schlierkamp (born in Olfen, Nordrhein-Westfalen, Germany February 2, 1970). His parents were farmers and Günter along with his brothers and sisters worked on the family farm. His parents valued hard work and considered sports unproductive and a waste of time.

When Günter was 12, he saw Arnold Schwarzenegger in the film, “Conan The Barbarian” and “Pumping Iron”. He was amazed to see how a person could sculpt his body through weight training and wanted to try it for himself. At age 16, Günter finally got the opportunity to start training at a gym for the first time and after two years of training he began preparing for his first competition, which he won.

In November 1993, Günter won the heavyweight division at the World Championships, which earned him the “Mr. Universe” title and launched his professional career. In December 1996, Günter moved to the United States and began his life in America. In addition to his professional bodybuilding, Günter began acting and modeling, appearing in several commercials, movies, and publications. Günter has built a sterling reputation throughout the fitness and bodybuilding industry which has made him a highly valued representative and asset to the companies and brands with whom he chooses to work.

Chief among these companies is Weider, who Günter has enjoyed working with since 1997. Günter’s dedication has been recognized by many, including the readership of “Sports Revue Magazine” who voted him the Greatest German Bodybuilder of All Time in 2003.

Günter’s career has opened up a lot of unique opportunities which he feels very blessed to have had. He has traveled around the world participating in several bodybuilding and fitness competitions, met several interesting people, and inspired many to achieve their own health and fitness goals.

Günter is married to Kim Lyons, who is best known as one of the trainers on the hit reality show “The Biggest Loser” on NBC. Recent career highlights for Günter include a part in the movie “Beerfest”. He also placed 4th at the 2005 Mr. Olympia. Currently, Günter is working with several companies as a consultant in product development.

Günter draws inspiration from his fans of all ages who often e-mail him to share how he has inspired them to improve their overall health and fitness. Their kind words and inspirational stories motivate him to keep going on the path he has chosen for his life.