WATCH: Conor McGregor Call Out Nate Diaz For Trilogy Fight, But Only at 155 Pounds 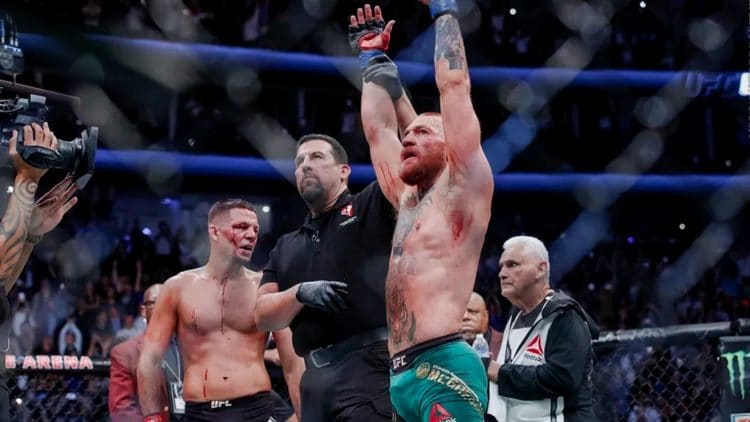 After his boxing match against Floyd Mayweather Jr., Conor McGregor will now be facing his unfinished business in the UFC. One of them is a possible trilogy fight against Nate Diaz, among his other obligations as the undisputed lightweight champion.

The UFC lightweight champion told BBC News that should he return to the Octagon and face Diaz in a trilogy bout, it would have to be at lightweight, the division that McGregor currently rules over.

McGregor said. “That’s a fair trade. I didn’t ask for the rematch at a lower weight, I asked for the rematch at the exact same weight. I thought that was a fair play move on my half and then I came in and I won. So now I won that, then I won the 155-pound title after that. If he wants to fight, he’s got to make that 155-pound limit.”

Before winning the UFC lightweight title from Eddie Alvarez, McGregor jumped up two weight classes to meet Nate Diaz in a 170-lb bout at UFC 196. That situation manifested itself when McGregor’s original opponent, then-lightweight champion Rafael dos Anjos, was removed from that card with an injury.

Nate Diaz has spent most of his 24-fight UFC career at lightweight and previously fought for that division’s championship against Benson Henderson back in 2012, a bout that he lost by unanimous decision. 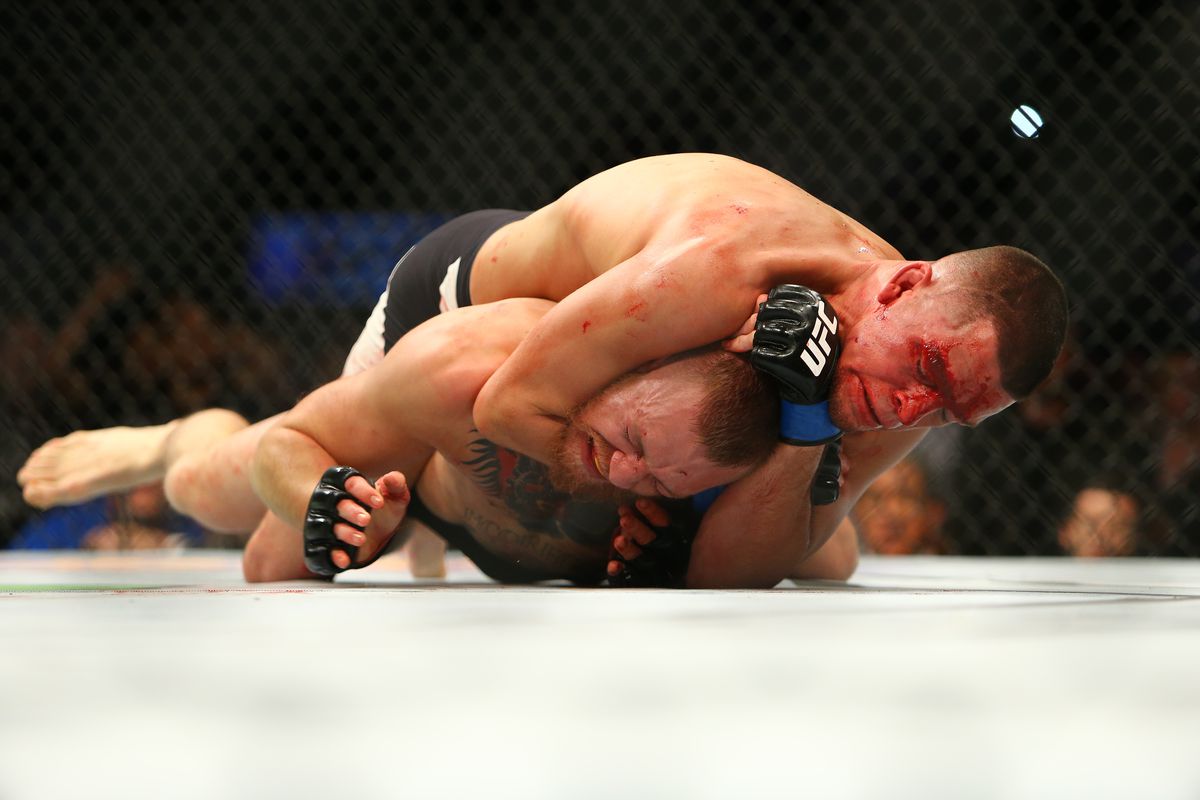 In a press conference prior to their rematch at UFC 202 (where McGregor would avenge his lone Octagon setback with a majority decision nod over Diaz), McGregor stated that it was his preference that they fight at welterweight again due to him wanting to “put everything to rest.”

Following his 10th-round TKO loss to Floyd Mayweather in his professional boxing debut this past Saturday, McGregor said he is open to boxing again in the future or returning to the UFC.