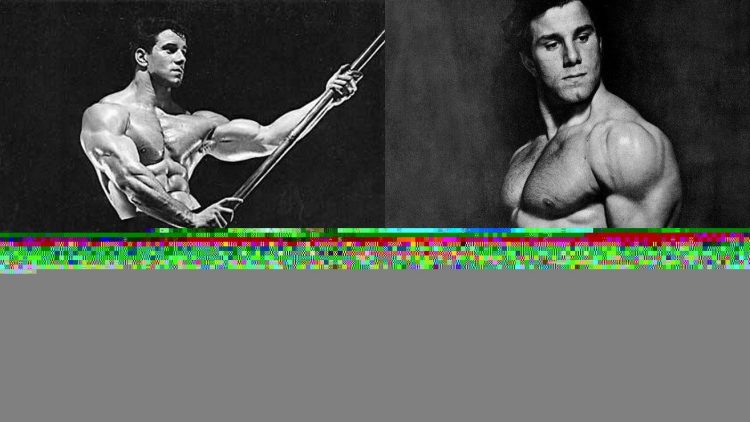 Roy “Reg” Park was born in Leeds in 1928. A stark environment such as pre-war Northern England of the 1930’s served to shape Reg Park into one of the bodybuilding’s strongest competitors of the 50’s and through to the early 70’s. The straightforward and pragmatic mindset of the typical Yorkshireman served to implement a simple yet effective training schedule that not only served to produce his Herculean physique but has remained a bedrock of strength training today.

A natural athlete as a schoolboy, Reg dreamed of being a footballer through his school years and devoted this time to playing the “beautiful” game. At 16, Reg was introduced to bodybuilding by a local strength enthusiast, David Cohen. Training at a mutual friend’s house, Reg started to develop his renowned physique from the simplest of training equipment – barbells, dumbbells and a chinning bar.

Reg undertook his national service in the military as a Physical Training Instructor in Singapore which served to keep up his strength ambitions. Upon its completion in 1948, Reg witnessed the opening NABBA Mr. Universe competition, a closely eked out victory by John Grimek over the up and coming Steve Reeves. This was the catalyst that pushed Reg towards a lifetime career in bodybuilding.

By 1949, Reg Park had won Mr. Britain and gained the attention of Joe Weider after a six-month sojourn in the States. The following year he was runner up in the NABBA Amateur Mr. Universe: a titanic closely fought competition with Steve Reeves. Reg broke the American domination of that competition in 1951 by becoming the first British NABBA Amateur Mr. Universe. A star was born that year evolved into a superstar by winning the NABBA Professional Mr. Universe titles in 1958 and 1965 respectively.

Reg Park is known predominantly for his massive physique and legendary strength. He is on record for being the first bodybuilder to bench press 500lbs – a massive total in the Fifties. Park often put his strength gains down to his training method. No one knows who invented the 5×5 training schedule utilized by Park (or if in fact, he came up with it himself), but he it is generally accepted that he was the first internationally famous strength athlete to actively promote it. Park worked a variation of this system over a 12-week macro-cycle of 3 distinct, 4 weekly micro-cycles to make gains in his muscle mass.

There was no complicated process in the program Park utilized. He merely started his first month with the three big lifts and some back extensions and gradually added other compound lifts and reduced rest times over the next two months. There was very little isolation work done in his workouts they were usually confined to barbell curls, triceps extensions and calf raises. The minimalistic approach, carried out by Reg, was a bit of an anomaly for the day and considered revolutionary by some strength writers. John McCallum, in his column Keys to Progress, wrote at length at the effectiveness of Park’s training method.

Bodybuilding legend, Arnold Schwarzenegger considered Reg Park as his role model as a beginning bodybuilder and this respect continued right throughout his career. Schwarzenegger often trained with Park and it Arnold’s famous “lagging calves” problems were reputed to be solved by training with Reg. Park was also known as an actor in the Fifties and Sixties. All of his five movies were “Sword and Sandal” affairs made in Italy. Of course, it made sense that the only character that he played was Hercules – who else could fill the sandals of the Ancient Greek demigod after Steve Reeves vacated the position. These films still have cult status today!

Reg Park and his family immigrated to South Africa in the Sixties where he opened a bodybuilding gym. He was involved in a number of charities for underprivileged people in sport and fitness. He was inducted into IFBB hall of fame in 1999.

Sadly Reg Park passed away before his time in 2007 as a result of skin cancer. He was survived by his wife Marion and his children who continue Reg’s legacy to this day