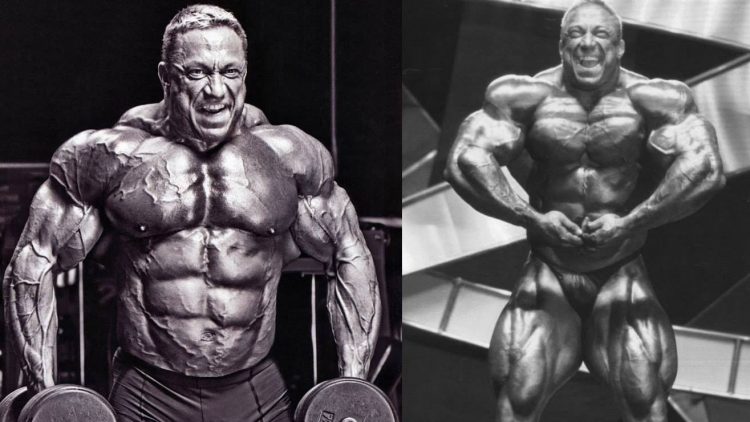 Markus Rühl is a competitive bodybuilder in the IFBB (International Federation of BodyBuilders).

Born in 1972 and hailing from Germany, Rühl began bodybuilding in 1991 at the age of 19 after sustaining a knee injury playing soccer. His weight when he first began training was 140 pounds.

In 1995, he competed in his first amateur event, the Bachgau Cup in Babenhausen, Germany and won both the heavyweight and overall titles. That year, he also finished 2nd at the Grosser Preis von Hessen in Germany.

In 1997, he continued his development and won both the Hessen and German National Championships, leading to his professional debut later that year. In his first pro event, he placed 10th at the German Pro Grand Prix in Offenbach, Germany, weighing in at 258 pounds.

After intense training and adding 7 pounds of muscle, Rühl competed in the Night of Champions in New York City in January 1998 and placed 9th overall.

A year later, after packing an additional 5 pounds of muscle to his frame (bringing his weight to 270 pounds), he ascended to 4th place at the Night of Champions. In the process, he qualified for the prestigious Mr. Olympia competition in Las Vegas, Nevada, where he eventually finished 12th.

In 2000, Rühl won his first championship in the professional ranks at the Toronto Pro Invitational.

A steady stream of top 5 finishes ensued between 2003 and 2007, highlighted by a 3rd place showing at the Arnold Classic in 2003 and 5th place finish at Mr. Olympia in 2004, his best performance at that event. During those peak years, Rühl often competed at the weight of 285 pounds.

Generally regarded as having some of the most powerful shoulders in the history of the sport, Rühl continued to compete professionally until his retirement in 2010, but remains actively involved in the sport today.