In the 24 hour world that we now live in, being somewhat sleep deprived is an assumed state of being that the majority of society’s members function with, and consider to be normal. As fitness enthusiasts, we of course do our very best to make sure we get the necessary amount of sleep in order to recover from training, and to have the level of energy required to weight train and deal with whatever life throws at us the following day. This may be our intention, but the reality is that jobs, kids, commitments, and life in general, all can very easily cause our days to be so full of responsibilities that our sleep requirements are often cut short in order to finish everything that needs to be completed in a 24 hour day.

Possibly the most disruptive of all of the negative factors that accompany poor sleeping patterns is what it does to the production of hormones. The hormone in particular that I am dealing with in this article is testosterone. This is a hormone that is manufactured by both men and women alike, and has a huge impact on both muscle-building/recovery, and the aging process, male sexual behavior and reproduction, adiposity, bone density, vigor and well-being. In short, the more of it we produce the better. When the production of it is compromised, then so is everything that is dependent on testosterone in our body.

The study that I’m dealing with specifically was authored by the Department of Medicine, at the University of Chicago. This study investigated the effect of one week of sleep restriction on testosterone levels in young healthy men. Ten subjects were involved.

The ten men slept at home for eight hours each night prior to the beginning of the study in order to normalize, for lack of a better word, their sleeping patterns and the relation to testosterone that sleep has on it. The subjects then spent the next 11 days in the laboratory. The first three nights, they slept for a total of 10 hours. The following eight nights, their sleep was cut in half at five hours per night.

Sleep was recorded each night and visually scored in stages one, two, three, or four and rapid eye movement. The subjects had blood samples taken every 15 to 30 minutes for 24 hours beginning after the second ten-hour night and again after the seventh five-hour night. Samples were tested for total testosterone and cortisol using an immunochemiluminescent test.

The subjects total sleep time decreased from eight hours and 55 minutes to four hours and 48 minutes during the two stages of the study. The result of losing roughly four hours of sleep was that the test subjects cortisol levels remained roughly the same, but their daytime testosterone levels dropped by 10 to 15 percent.

This relatively large drop in testosterone occurred in healthy, young men, and it happened after only one week of the subjects having their sleep reduced to roughly five hours of sleep per night. I can only speculate, but if this large a drop can happen to young men in their prime of life in such a short period of time, the result of chronic lack of sleep, combined with the drop in testosterone that is part of the natural aging process, will certainly be much larger.

Testosterone plays such an important role in any serious muscle-building program, and in slowing the aging process as well. When the level of this hormone can drop so significantly so quickly, it highlights the delicate balance that our body is constantly striving to achieve. By changing any one variable, in this case sleep, the entire body’s chemistry is changed. When the chemistry is changed, the first domino of many has fallen, because as testosterone levels lower, the processes it controls are altered, and so on.

Symptoms and signs of androgen deficiency include low energy, reduced libido, poor concentration, and increased sleepiness, all of which may be produced by sleep deprivation in healthy individuals. Needless to say, in order to keep these symptoms at bay we must train hard, eat right, and get our rest. Without all three of these factors working in unison, our efforts in the gym will all be for nothing. The name of the game that we play is slow and steady progress, to do otherwise is not part of the plan, and therefore counterproductive to the end goal. 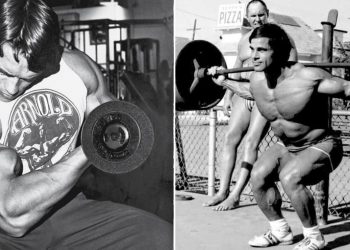 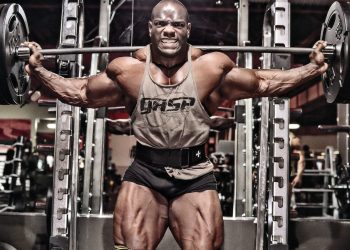