No Result
View All Result
NewsOpinion

A movie ‘Bigger’ about the brothers who pioneered the sport of bodybuilding and discovered Arnold Schwarzenegger is expected to begin filming in Birmingham, October 2017.

“Bigger” is based on the life story of how the brothers, Joe Weider and Ben Weider, successfully battled against racism, overcame poverty and anti-Semitism to champion the sport of bodybuilding.

“It’s beyond inspirational and will resonate with not only the massive crowd of those who have found the balance of body and mind as essential for a healthy life but also the throngs of people that were inspired by Joe and his Mr. Olympia events.”

They were the founders of the Olympia competitions and IFBB federation. The story started when they started a magazine called Your Physique in 1940.

“The Bigger movie is a Powerful example of what hard work and extreme focus can achieve today. These brothers literally changed the world.”

As bodybuilding enthusiast, we’re very excited for the movie Bigger. The beginning of the IFBB and bodybuilding is something that has never really been touched on by mainstream media or Hollywood. Its a rags to riches story of epic proportions.

2015 Mr. Universe Calum von Moger is reportedly playing a young Arnold Schwarzenegger in the movie, according to the IMDB website.

Calum aka Schwarzenegger2.0 seems the perfect fit to play a younger version of the Austrian Oak.

Tyler Hoechlin lined up to play a young Joe Weider. He is best known for his role in Teen Wolf and Supergirl.

Colton Haynes will play the role of iconic fitness guru Jack LaLanne, who during the 1950s and ’60s was known for his incredible feats of strength, like swimming to Alcatraz handcuffed and doing 1,033 push-ups in 23 minutes. 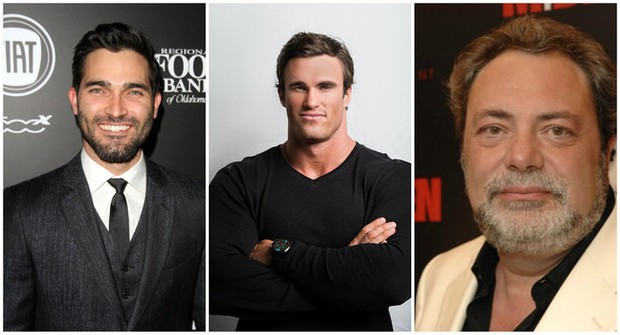 The inspirational tale of the grandfathers of the fitness movement as we now know it, Joe & Ben Weider. Battling anti-Semitism/racism as well as extreme poverty the brothers beat all odds to build an empire & inspire future generations.

Fingers crossed, Bigger is a movie that is going to be a must watch for anyone who follows the sport of bodybuilding.