Jermell Charlo WBC super welterweight champion has retained his title and moved to an unbeaten record of 30-0 with his recent knockout of the year contender over Erickson Lubin.

In a very anticipated match between the two highly praised fighters, the drama was short-lived as Charlo leveled Lubin with a devastating single right uppercut in the first round of their Saturday night fight for the WBC’s 154-lb championship at Barclays Center in Brooklyn, NY. 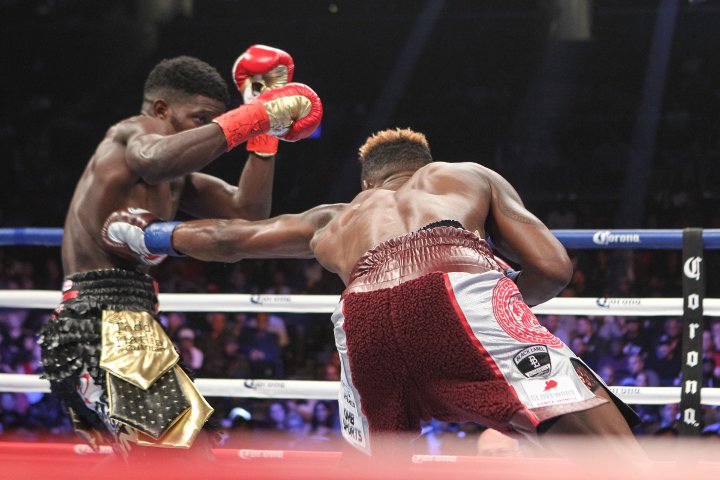 It was a quick ending to what many thought would be a more methodical chess match between the combatants.  Lubin’s legs turned to jelly as he fell down to the canvas, limbs in a state of rigid shock from the power of the shot that had been landing to his unprotected jaw. So hard was the punch that the fight was waved off by referee Harvey Dock when Lubin began to twitch at the six-count mark.

You want a knockout of the year candidate: Holy hell, Jermell Charlo. What a shot.

Lubin pocketed $225,000 for his efforts, assured his handlers he was OK, and didn’t offer any excuses for his loss:

He caught me with a blind shot. He landed it.

I felt like when I got up I could have kept fighting, but it’s boxing. It happens.

I’m young and have plenty of fight left in me. This is just a minor setback. I’ll be back sooner than later and hungrier than ever.”

“We’re going to unify. The other champions want to fight me and I’ll take any of them,” Charlo said. “Give me another title. I want Hurd. Hurd just won. Give me Hurd.”

Check out above video of Jermell Charlo’s knockout of Erickson Lubin below and let us know what you think!