After parting ways with the NPC and IFBB Pro League run by Jim Manion, the IFBB International has decided to reassume its professional activities under the banner of IFBB Elite Pro League.

The future of the Arnold Classic Events are uncertain since the break-up between the IFBB Pro League/National Physique Committee (NPC) and the IFBB International.

Recently, Tony Doherty the promoter of the Arnold Classic in Australia has confirmed that his show will be sanctioned by the IFBB Pro League/NPC.

Tony said this was a hard decision but he has made a business decision to have his show sanctioned by the IFBB Pro League/NPC.

Moments after Tony Doherty confirming the IFBB Pro League will run his show, The Arnold Africa committee has decided the IFBB Elite Pro League is the way forward.

According to Wayne Price, IFBB President of South Africa, the Arnold Classic Africa will remain with the IFBB International and the newly established IFBB Elite Pro League.

Today in a Facebook post, Wayne Price confirmed that after a meeting with Arnold Schwarzenegger, the show will be an IFBB International/IFBB Pro Elite show.

or get more information on www.arnoldclassicafrica.com and www.ifbbsa.co.za . This is exiting times, and i am convinced that we going to see great things happen in the near future!

That means to qualify for the Arnold Classic Africa athletes have to compete at the IFBB Sanctioned event and not an NPC event.

IFBB Elite Pro recently added new sanctions on the athletes to further distinguished from IFBB and the National Physique Committee (NPC). In an official statement by IFBB President Dr. Rafael Santonja for the conduct expected of their athletes as well as what competitions they are allowed to compete in. 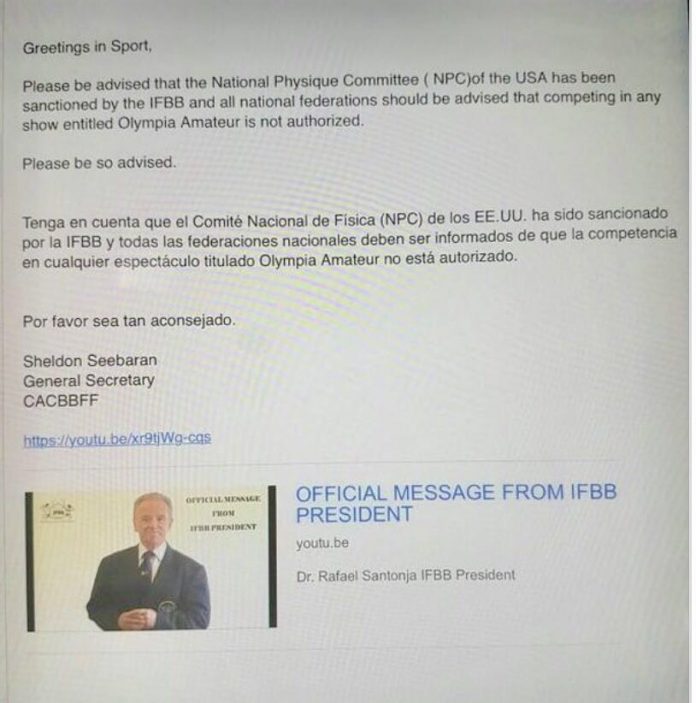 What do you make of these new turn of events?

WATCH: Brad Castleberry or Gracyanne Barbosa, Who Is Best at Fake Weights?