Sam Byrant Jr. is a 73-years-old bodybuilder. Sam ‘Sonny’ Bryant Jr.’s rippling physique is a testimony to years-long hard work and dedicated commitment. Sam started working out when he was 44 years old to deal with his personal problems. At 70, he’s a bodybuilder at the same tier as the young guns.

His muscular physique and strength are awe-inspiring: he deadlifts 405 pounds at a body weight of 176 pounds.

Here’s what Sam says about his age:

“People have the misconception that age makes you old, but I realize that you know, it’s a state of mind that makes you old. Age is just a number, and it gives most people—the majority of people—a reason to be lazy and not do anything.”

Take a look at his photo and take a second to digest that one. 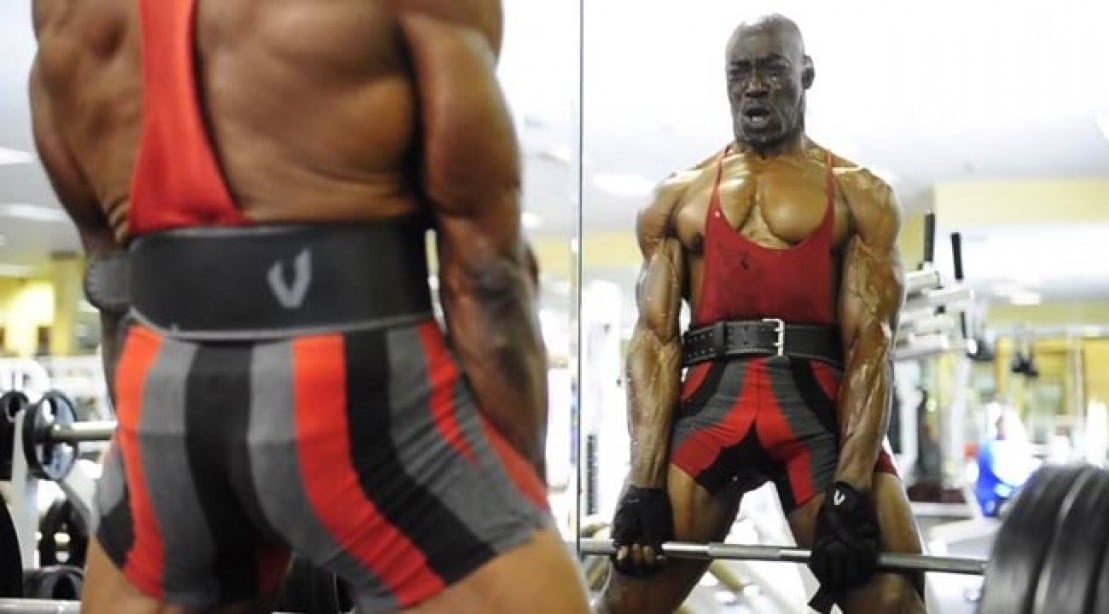 It’s hard to believe that the 5’10”, 176-pound Byrant only started going to the gym when he was 44, initially to relieve stress from his failing marriage. But he never gave up and less than a year, Sonny’s instructor asked him if he wanted to take part in a bodybuilding contest.

“I said, ‘You think so?’ He said, ‘Yeah.’ So I went to a contest in Georgia. I’d never been in a contest or competed for anything, you know. I won third in the novice, fourth in the master. And then I was hooked.”

Sonny says that a lot of people tell him, “Wait till you get to my age.” And then he tells them his real age and they are embarrassed. According to Sonny, it’s all in the subconscious. 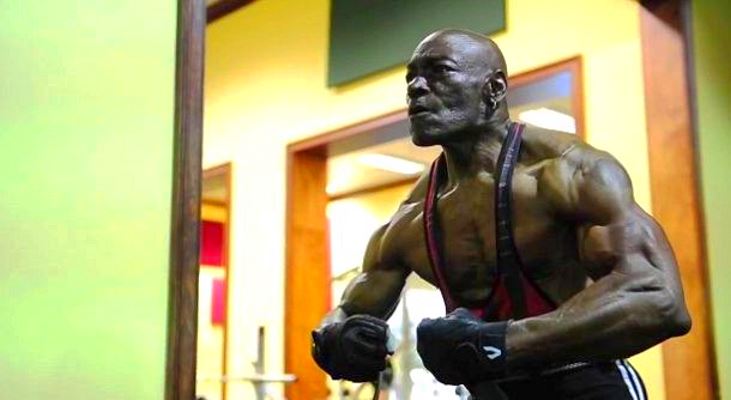 “You start thinking old and then your body’s going to start acting old. And then you’re old. I don’t believe in that. I could dance all night. I just keep competing,” Bryant said at the I’m The Biggest Winner Family Health & Fitness Expo in Austell, Georgia. “I love it. It’s a lifestyle.”

With a body that puts most men half his age to shame, Bryant’s rippling physique is a testimony to years-long hard work and dedicated commitment.

The Augusta Chronicle did this video piece on Byrant, and if you want to know more about his backstory, training and nutrition regimen, and what motivates him, do yourself a favor and check out the excellent profile of Sam Byrant Jr.

Here is a video of Sam in action at the 2013 INBF Southern Natural Bodybuilding and Figure Championships:

Sonny works out twice a day alongside a full time, overnight job. “I’ve got a room full of trophies,” said Bryant, who was invited to the Expo as part of a roster of quality experts and motivational speakers. “I can’t even count them all.”

Bryant says he maintains muscle by religiously taking vitamins and 180 grams of protein supplements every day.

Kevin Levrone: Dallas McCarver Could Have Been Alive If It Wasn’t For Bodybuilding