Meet Kirill Tereshin from Pyatigorsk in south-western Russia’s Stavropol Krai region.
He is another young ‘Syntholbuilder’ who possesses massive and disproportionate 24″ biceps.

After being released from military service this 21-year-old start injected a site enhancement oil, widely known as Synthol, which increased the circumference of his arms by 26 centimeters in just 10 days.

He began by injecting 250 ml into his biceps but realized the increase from that would be only around three centimeters.

“In order to reach such a size, you need to inject liters into your arms.

I was doing it and getting a fever of up to 40 degrees, I was lying in bed, feeling like I was dying, but then it all turned out fine.”

Kirill said that his body weight had increased from 62 kg to 68 kg since he began the injections. 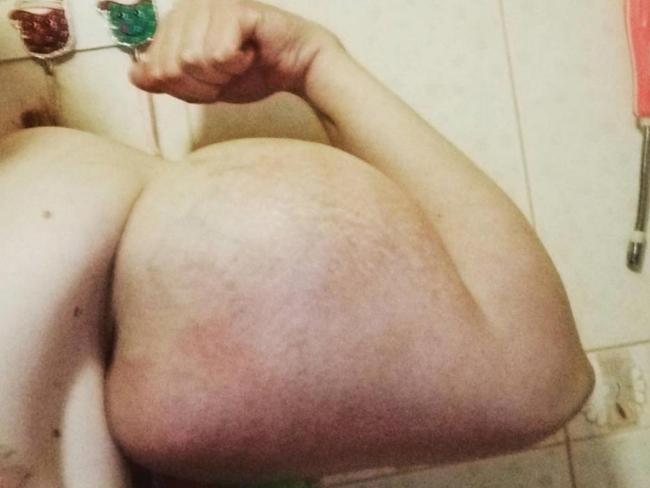 Synthol is a mixer of 85 percent oil, but also contains painkillers and alcohol. Once injected, the substance expands between muscle fibers and hardens.

However, like most foreign agents, Synthol is broken down over time by the body and to sustain size, users must keep injecting.

According to a 2015 research article in the Journal of Health Psychology, risks attached to the drug include nerve damage, skin problems, oil-filled cysts, muscle damage, stoke and the development of scar tissue.

In the fitness & bodybuilding community, the most common use of Synthol is for smaller and more ostentations muscles such as the biceps, triceps, and calves.

But the physical appearance achieved through the use of Synthol is not very aesthetically pleasing, as a result of injecting Synthol, the end result is often what looks like an unnatural mutation in the arms or shoulders, covered in lumps and bumps. 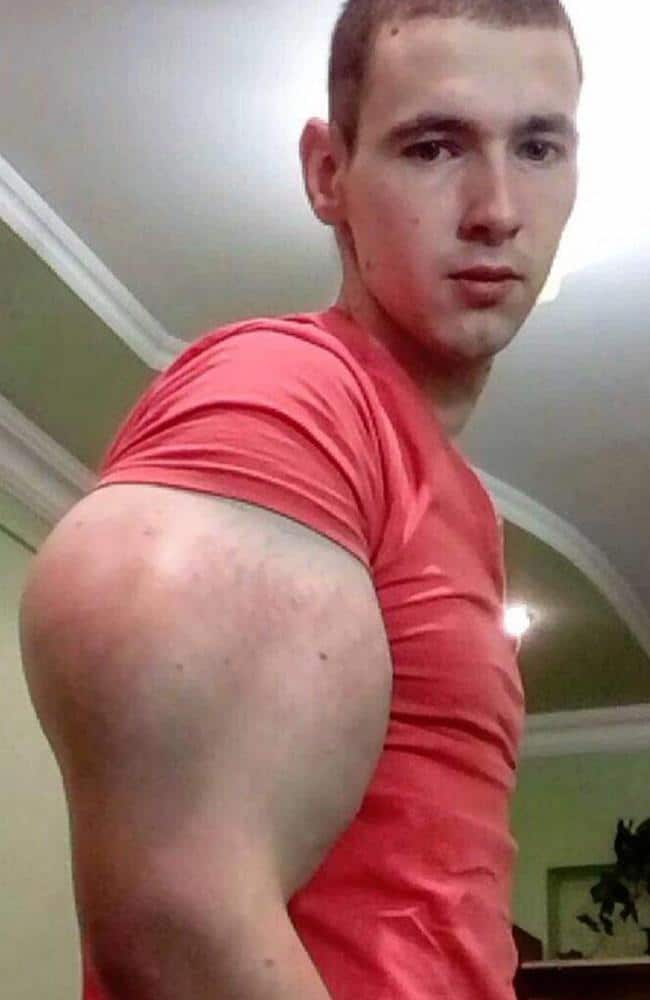 Doctors warn that Synthol can cause pulmonary embolisms, nerve damage, infections, sclerosing lipogranuloma, stroke and oil-filled cysts or ulcers in the muscle.

Of course, the Synthol injections look ridiculous to many and do not benefit athletic performance, leaving people incredulous as to the product’s appeal. But it seems that Kirill is proud of his body, and the product apparently has a market, with many brands available over the internet.

The users on the social media communities have been expressing concern over the damage he could be doing to his health. Comments like

“He should be sent to psychiatric hospital for treatment,” and, “This is awful. So stupid and ugly,” are among the most gentle criticisms.