Life and Death of Rich Piana 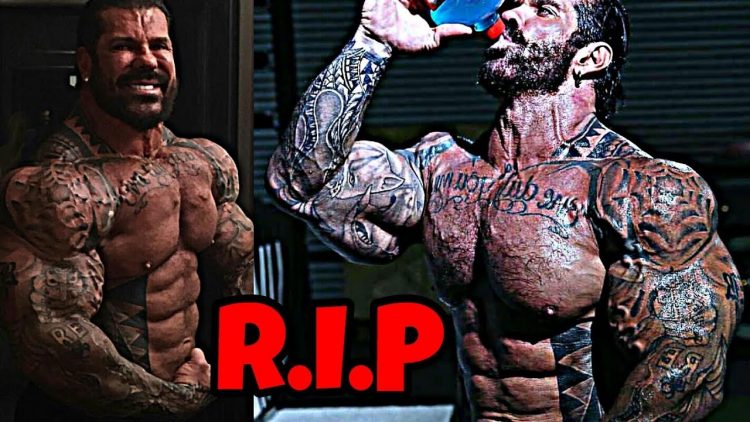 Life and Death Of Rich Piana

Rich Piana lived a life many meatheads would envy him for having. It was filled with beautiful women, tattoos, money, steroids and huge ass head turning arms.

He lived the life he wanted and never apologized for it.

Since his extravagant and often controversial life was cut short this summer I think it would be fitting to take a final look at his life as a whole.

Before he left humanity behind, Rich was a regular little boy born in Los Angeles, California. His interest in bodybuilding and fitness began very early, at the age of six, when he saw his mom prepping for one of her fitness competitions. Upon seeing his mom getting her pump on, something otherworldly, mutant if you will, awoken in the then regular six-year-old boy named Rich Piana. Fast forward few years and then 11 year old, Rich Piana began his lifelong love and addiction to the iron. By the age of 18, he already had several championship titles under his belt and was slowly but surely climbing the bodybuilding ladder of success.

Birth of a Mutant 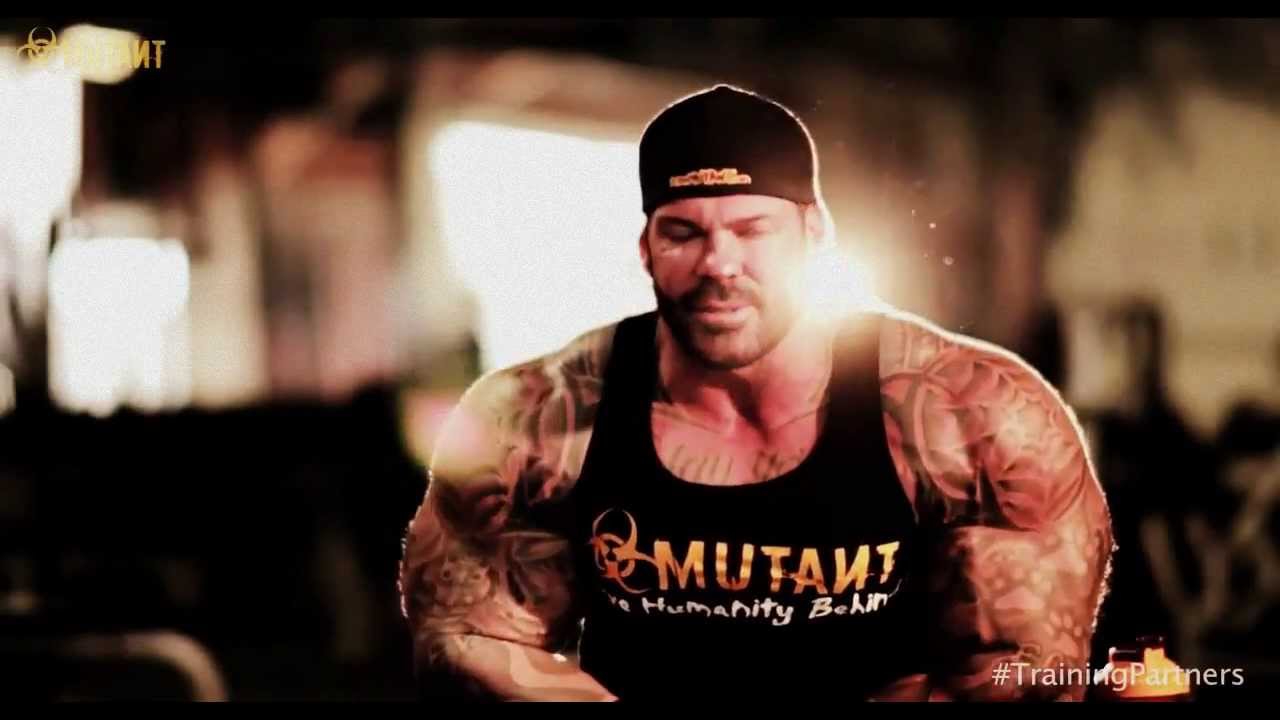 By the time he entered his thirties, he had 20 decades worth of competition under his belt and by that time the Rich Piana the entire internet knew to love and hate came to being. He turned his body into a giant collection of tattoos, he publicly spoke about taking anabolic steroids and had comically huge arms. He had a brief acting career, appearing in various tv shows in smaller roles but nothing worth mentioning came to fruition from his acting career. As the rise of internet and fitness culture came in the late 2000’s and early 2010’s so did the rise of Rich Piana. He became the face of the supplement company called, Mutant. He was everything the company could ask for, huge arms, covered in tattoos and has a whole bunch of ridiculously sized bodybuilders as friends. His “trademark” was the (in)famous 8-hour arm workout program. Rich swore that if you followed the instructions of the workout you would add inches to your arms in a matter of days. From that golden era of internet fame came the eternal tagline “leave humanity behind”. 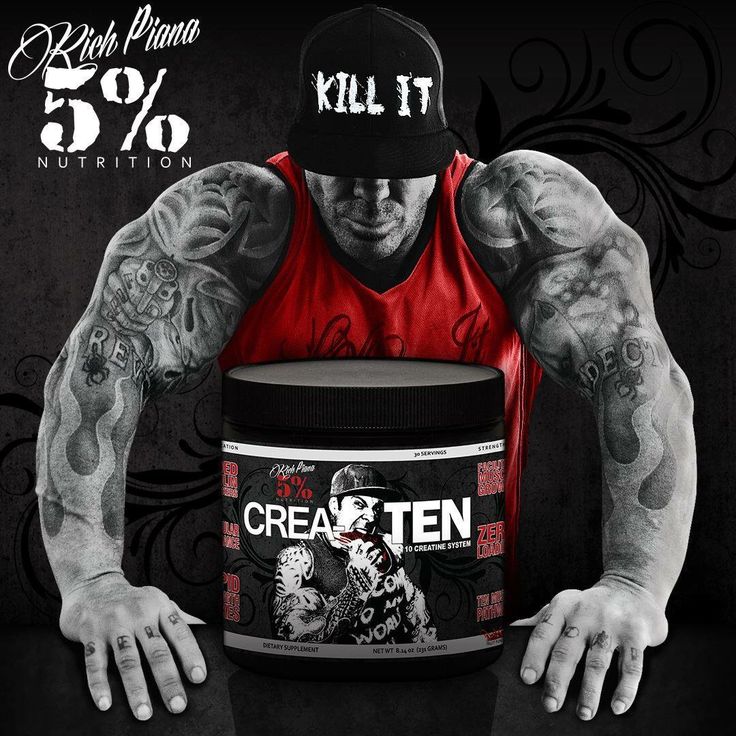 After working with Mutant for a couple of years, Rich Piana, the smart businessman that he was, founded his very own supplement company. The company in question is ofcourse, the famous 5% nutrition. Following the founding of his company and seeing as how his internet fame went crazy viral, Rich went with it and started making his own youtube videos. One of the first subjects he tackled on was anabolic steroids and his usage of it.

Watch: A tribute to the Rich Piana after his death!

Rich never pulled any punches in his videos and always spoke freely about what he used, when he used and in what amount. That got him over with a lot of internet folk because he was one of the rare internet “celebrities” that freely and casually talked about “hitting the sauce”.

In one his last videos he talked about becoming a youtuber and he claimed he did it more as a hobby at first but as his popularity grew so did his interest in producing youtube videos. By the time of his death, his videos had several million views each. His videos were notorious for being meathead heaven of unintentional comedy, endless amount of food, Rich working out and dropping truth bombs on the fitness industry. Oh yeah, and he got his very own theme song!

As Rich Piana’s internet fame grew so did his “5%” company. His business was doing good, he had several “5%” sponsored athletes and meatheads who enjoyed tattoos, lifting heavy sh*t and getting big. Of his entire “5% crew” the most famous ones were the British giant Martyn Ford and Danish beast Jens Dalsgaard.

Marriage then Divorce and Last Years of Life

In 2015 Rich seemingly found the love of his life in Sara Heimisdóttir, an Icelandic female fitness competitor. The couple quickly got engaged and married in one of the most awesomely bad weddings ever.

However, the match made in gym rat heaven didn’t last long as the two divorced a year into their marriage. Rich Piana stated that his significant other wanted to marry him for his money and the chance to get a green card.  Sometime after divorcing miss Heimisdóttir, he started dating his old girlfriend Chanel Jansen. Jansen and Rich stayed together until his death.

After spending two weeks in a medically induced coma, on 25th of August, Rich Piana passed away. As far as the cause of death, it’s inconclusive. The autopsy report, however, confirmed several speculations regarding his health. He had a fatty liver, an enlarged heart, discolored kidneys and a whole bunch of bad things in his body. He was a physically broken man on the inside. Now even though the official cause of death is “inconclusive” it’s pretty clear from the autopsy report that heart failure is a primary reason for his passing. Now that it has all been said and done, it’s important to remember a few facts regarding Rich.

First off, he was an active steroid user with a “whatever it takes” mindset. He was never afraid of doing things in an extreme way and taking whatever he needs in order to gain bigger muscles.

Second off, during his “bigger by the day” phase he was nearly 300 lbs of muscle. He lived the life he wanted and he was ready to make the ultimate sacrifice for his gains. Sadly, Rich’s death is a part of a long, sad and troubling history that involves bodybuilders and heart-related deaths. Bodybuilding is a very ungrateful sport, which requires maximum dedication and sacrifice. Even then your success comes down to genetics, luck and other competitors. When it’s all said and done you have to ask yourself “am I willing to give my life for this”?

Rich Piana once said that the reason he stopped competing is that he would have killed himself if he continued doing so. He was willing to take whatever he had to be the best because that’s what other top guys he was competing against were doing.