The Top 10 Muscle-Building Back Exercises

Here is a great article that will educate you on the top 10 best back exercises for adding width and thickness. Using research from personal experience, professional bodybuilders, fitness models and highly rated bodybuilding and fitness literature. This article will go over the most effective movements that a person can do for a greater back workout. 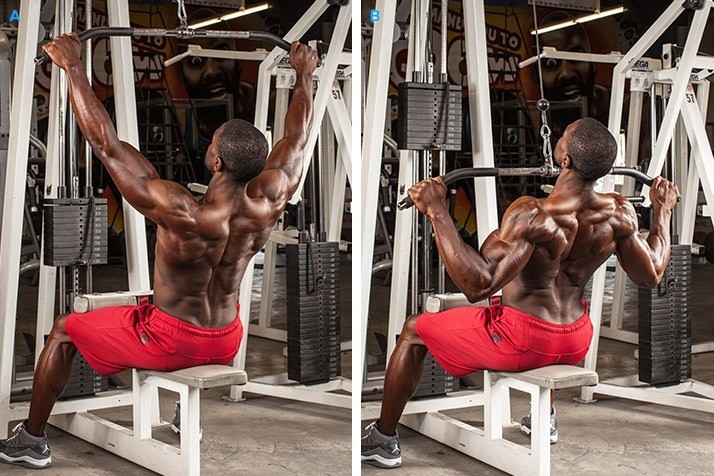 We’ll start off the with Lat pull-down, probably the most widely known and popular exercise for the back. If performed correctly it can be a great exercise to improve back width and add some mass. It has been suggested through good research that grip width is not a major factor in promoting muscle contraction and that performing the pull-down in front of your head is more effective than behind the head. It should be noted that the behind the head lat pull-down can potential course damage or strain to the rotary cuff if not performed with proper form and technique.

Safety precautions should be taken to protect the rotary cuff whilst doing this particular movement. Although you may not hurt your rotary cuff, there is potential to strain them if not well rested before an intense chest workout. This certain exercise hits the lats (latissimus dorsi) more than any other group of back muscles, which is responsible for adding more width to the back.

Unlike the Lat Pulldown, the standing pulldown isn’t very popular and is hardly exposed in bodybuilding or fitness publications. It’s not that the movement isn’t that effective it’s the fact it’s only meant to hit a certain small targeted area unless you have great overall back development than it won’t be as beneficial to you.

However it can still be used as part of any back workout, it would be more suited towards the end of a workout when your muscles are already exhausted. This will produce the best benefits and burn from this particular movement.

Time to go old school; the weighted pull up is easily one of the best back exercises that one can perform for back development. There are many variations of this exercise but the best one is with a pronated grip. The movement uses your own bodyweight as resistance but additional weight can be added with the use of a weight belt.

The exercise utilizes every muscle in your back like no other exercise. This exercise is considered by many as the king of back exercise and has been proven over decades to be an exercise that is great for adding mass to the back. 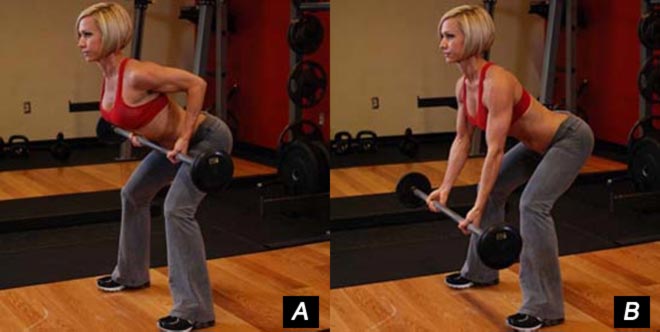 This exercise is a variation of the more commonly used bent over row, this exercise is used to target the lower latissimus dorsi. Since the lower lats are closer to the insertion point and further away from the middle of the muscle it won’t do much for overall back development.

However, if used correctly it can be a great exercise to add variation to any workout program. It is normally used by people who are looking to build out their lower lats or add more strength. This movement is also easier for those who suffer from joint or shoulder injuries as it brings less stress to the shoulders as opposed to the pronated grip. To conclude, this exercise should be used to isolate the lower back and not a movement for overall back development. 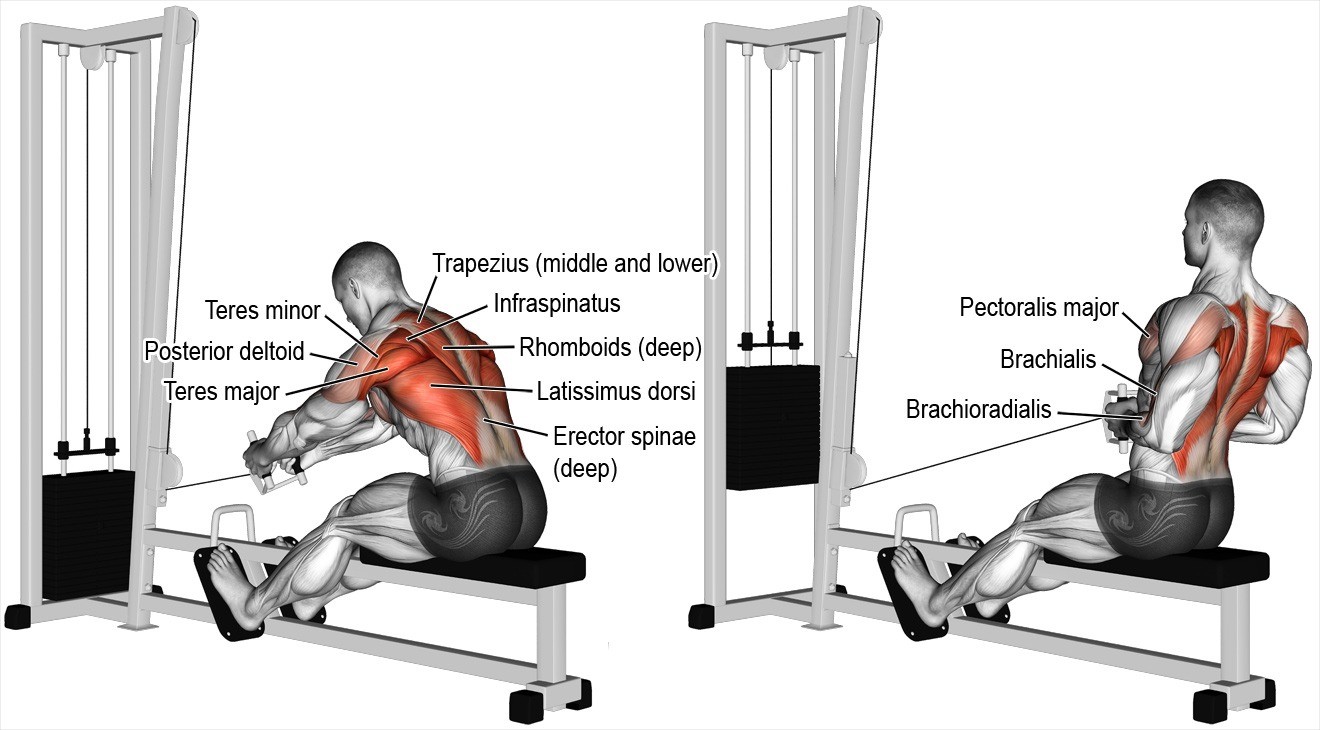 The seated cable row has been proven to be a stable exercise in any bodybuilder’s workout routine. It is great for adding thickness to the lets, rhomboids and trapezius muscles. However due to the nature of the movement and the fact you’re seated there isn’t muscle activation to the abdominals, hips and lower back. 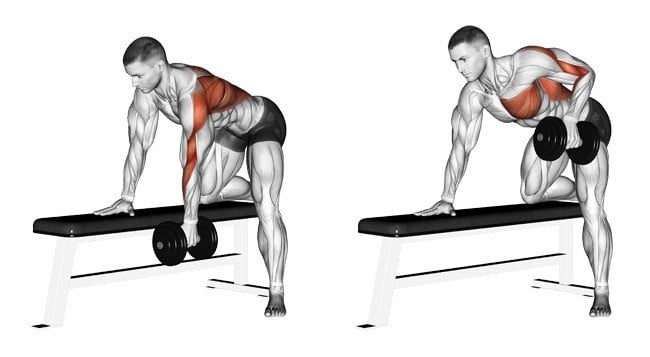 When performed correctly, the dumbbell row is one of the most versatile movements one can do for back muscle growth. It should be considered by most as an addition to a back workout. The barbell row is typically intended to target the lats, rhomboids, lower trapezius and erector spinae. If the exercise is done correctly with the right form and technique then you should be able to feel the muscles between your shoulder blades being worked. 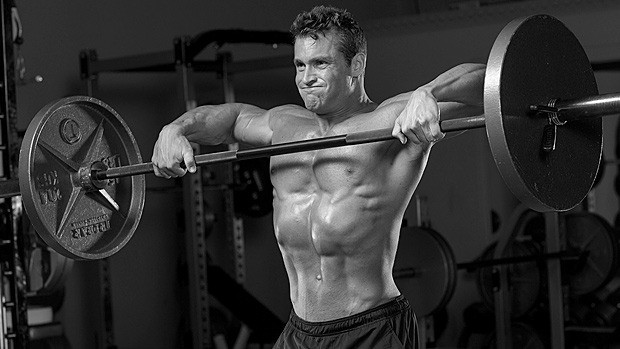 The upright row is predominantly a shoulder workout but it also hit’s the trapezius muscles. This exercise can be used as an addition to a back workout for hitting extra muscles and adding some diversity to your workout. It is best used on a split program or if you feel like giving your trapz an extra burn towards the end of a workout.

It is best to perform this movement with a free barbell, as opposed to using machines. You will stimulate muscle contraction more efficiently performing it with the exercise with a barbell. 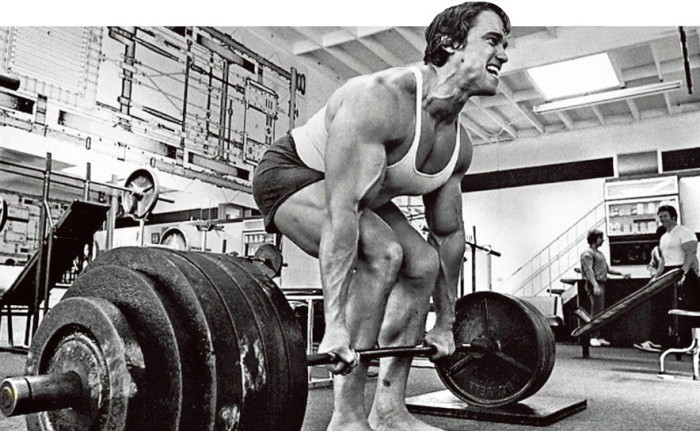 The deadlift, an exercise that should be present in any back workout designed for adding muscle. It’s simply one of the best movements a person can do. Not only does it hit more muscle than most movements it also has other benefits such as hitting core muscles. The deadlift is perfect for overall back development, strength and improving stabilization to your trunk, which in turn will help aid you on your other lifts.

Just like the weighted pull-ups, this exercise is tried and tested and there has yet been an alternative or substitute to show better results than the deadlift. Usually a great exercise for mid-late in a workout, better results are seen from deadlifts once other muscles have already been targeted and warmed up.

A great exercise that should hit your upper back, traps, rhomboids, and lats, this movement is a solid exercise and should be considered by most as a part of their back workout. Since traditionally it uses a pronated grip, the position in which you hold the bar is similar to the deadlift. If you’re using the right techniques you should have a slight bend in your knees, keeping your chest and head up, using good posture, whilst lowering your trunk to around 30 degrees. 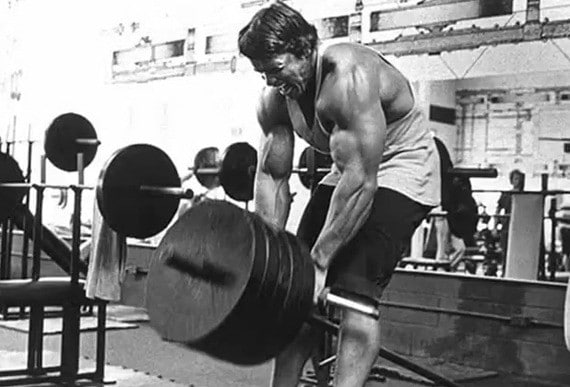 Another movement to add to the old school list of back exercises. In the days before “high-tech” equipment was available; the bodybuilders of the golden era would try lifting anything they could get their hands on in a fashion to improve muscular gains. One of the most effective and utilized movements was the T-bar row.

This movement is great for hitting your back, especially to the; inner lats, mid to lower traps and the rhomboids. It will also hit your upper back, delts, and trapezius. The T-bar row is one of the more superior back movements for adding mass and thickness to your back.

Michal Krizo is training like a man possessed to shake up the Men’s Open division at the 2022 Olympia. The...