We previously posted about Kirill Tereshin, 21-years-old ex-soldier from Russia, who injected his biceps with homemade Synthol.

Tereshin has drawn a lot of criticism from both critics as well as doctors after he took to social media to flaunt his abnormally-sized 24-inch Popeye-like arms.

He recently posted on Instagram saying his ‘bazooka arms are about to fall off’, and doctors have warned that he risks paralysis and amputation. 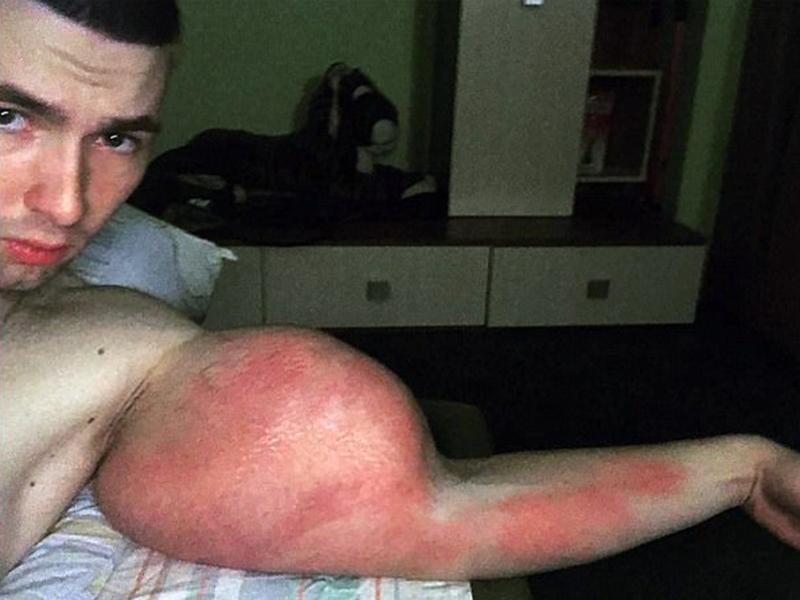 Yet despite the warnings, he says, he plans to continue injecting himself with homemade Synthol. Synthol is made up of 85 percent oil, 7.5 percent lidocaine, and 7.5 percent alcohol, and Tereshin has said he makes his from olive oil, lidocaine, and benzyl alcohol.

Tereshin was reportedly left disfigured after his use of Synthol caused his arm to ‘pop’, a claim he denies. 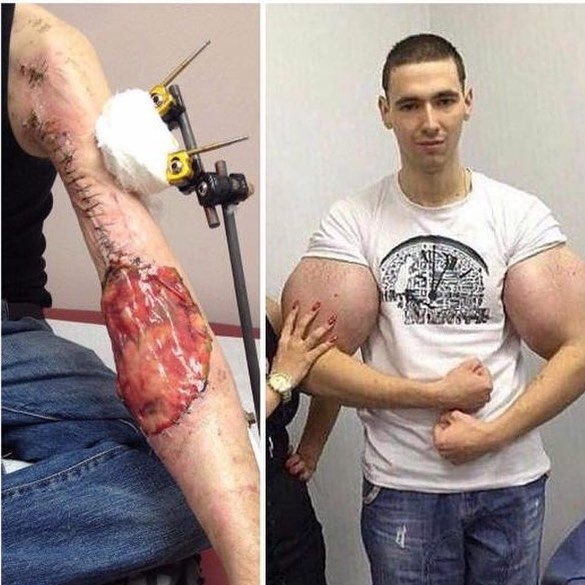 Alleged before and after images have circulated online, with one post captioned: ‘His arms finally popped. Don’t inject Synthol oil guys.’

Tereshin has uploaded a video of him flexing his biceps on his own official Instagram page, arms intact. (For now!)

He posted a direct reply to rumors of disfigurement with the following message:

“The masses never knew the thirst for truth, they demand illusions without which they can not live. Please do not send me the photo indirect, it’s all a lie and it’s done for the sake of HYIP.”

A top Russian medical professional says the threat is real.

“Not immediately but he very likely faces amputation in the future.

One day abscesses will develop, then inflammation and he (will be at risk of) a stroke.

The bad thing is that already-injected Synthol or its equivalent will remain in his muscles for the next five to seven years, even if he stops adding more now.”

He has already injected himself with six liters of this ‘dangerous liquid’ and increased the size of his biceps to 24″.

“Inside the arms of this man there are already pathologically changed tissues that looks like jelly with insertions.

They are aseptic or inflammatory so far but these are abscesses.

They consist either of oil or blood from the damaged vessels.

They can’t be removed.” 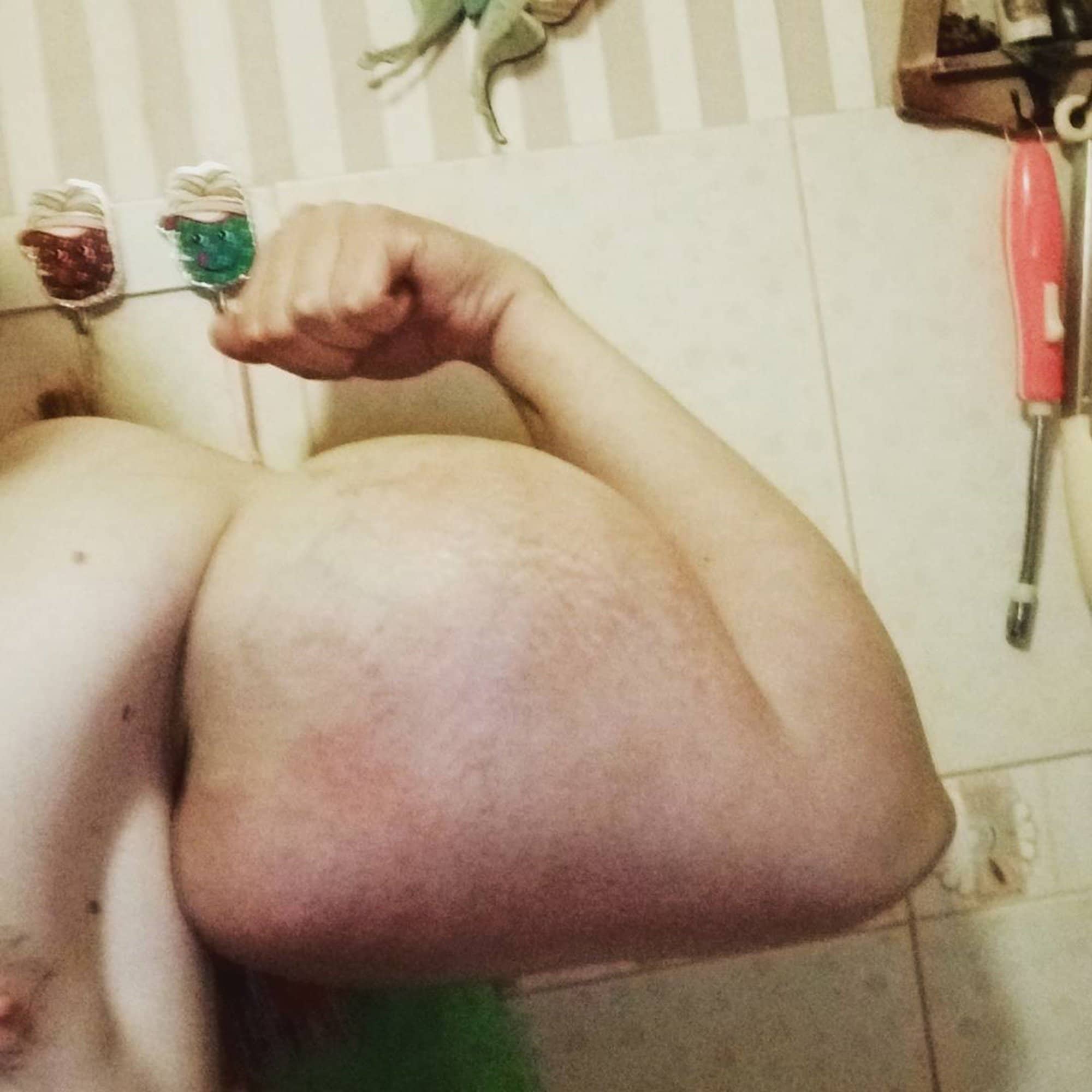 “For about a month I was making up to ten injections into each arm every day, using a 20 ml syringe.

I did not feel any discomfort in my arms when I was doing it…. my body got used to it.

Within a month I got 106,000 subscribers on my Instagram.

I love to be recognizable.”

Bradley Martyn Explains Why He Stopped Competing in Bodybuilding Shows