Still going strong. If anyone knows the value of hard work it’s Arnold Schwarzenegger. His pure dedication to fitness won him 7 Mr. Olympia titles back in the day, and the same work ethic has helped him stay fit and healthy ever since. So it’s no surprise that he’s still up for a good training montage every now and then to remind fans just how important it is to keep at it.

Schwarzenegger came to America, became a champion bodybuilder, then became a Hollywood superstar, then became a politician. He’s done everything that he ever dreamed of achieving.

On Monday, Schwarzenegger wished his fans a Merry Christmas and gave us a friendly reminder that holidays don’t mean days off. In a Twitter video Schwarzenegger said:

“Merry Christmas, happy holidays, but remember: There is no celebration—we are exercising every day.”

Schwarzenegger accompanied his holiday message with a training montage that’s sure to keep you motivated in 2018.

Merry Christmas! I’m grateful for each and every one of you for following my adventures and missions. As a gift, here’s a quick new training montage to inspire you in 2018. pic.twitter.com/UCJYlZLlV9

“No lifts, no gifts. There isn’t enough time to get the shirt by Christmas, but the message stands. Don’t wait for January to hit the gym. Earn that gingerbread.”

No lifts, no gifts. There isn’t enough time to get the shirt by Christmas, but the message stands. Don’t wait for January to hit the gym. Earn that gingerbread. pic.twitter.com/WJjxUxPyBd

It’s been a long time since Schwarzenegger hit the stage as a competitor, but you can’t deny that the seven-time Sandow trophy winner has still got it.

The BEST Guide To Working Out During The Holiday Season 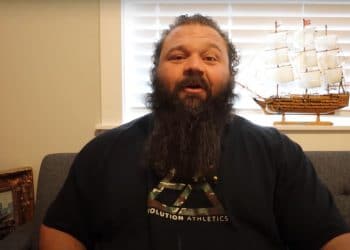 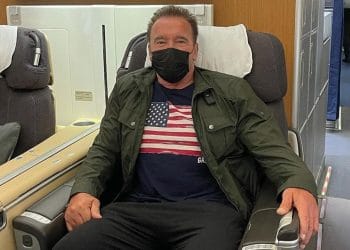